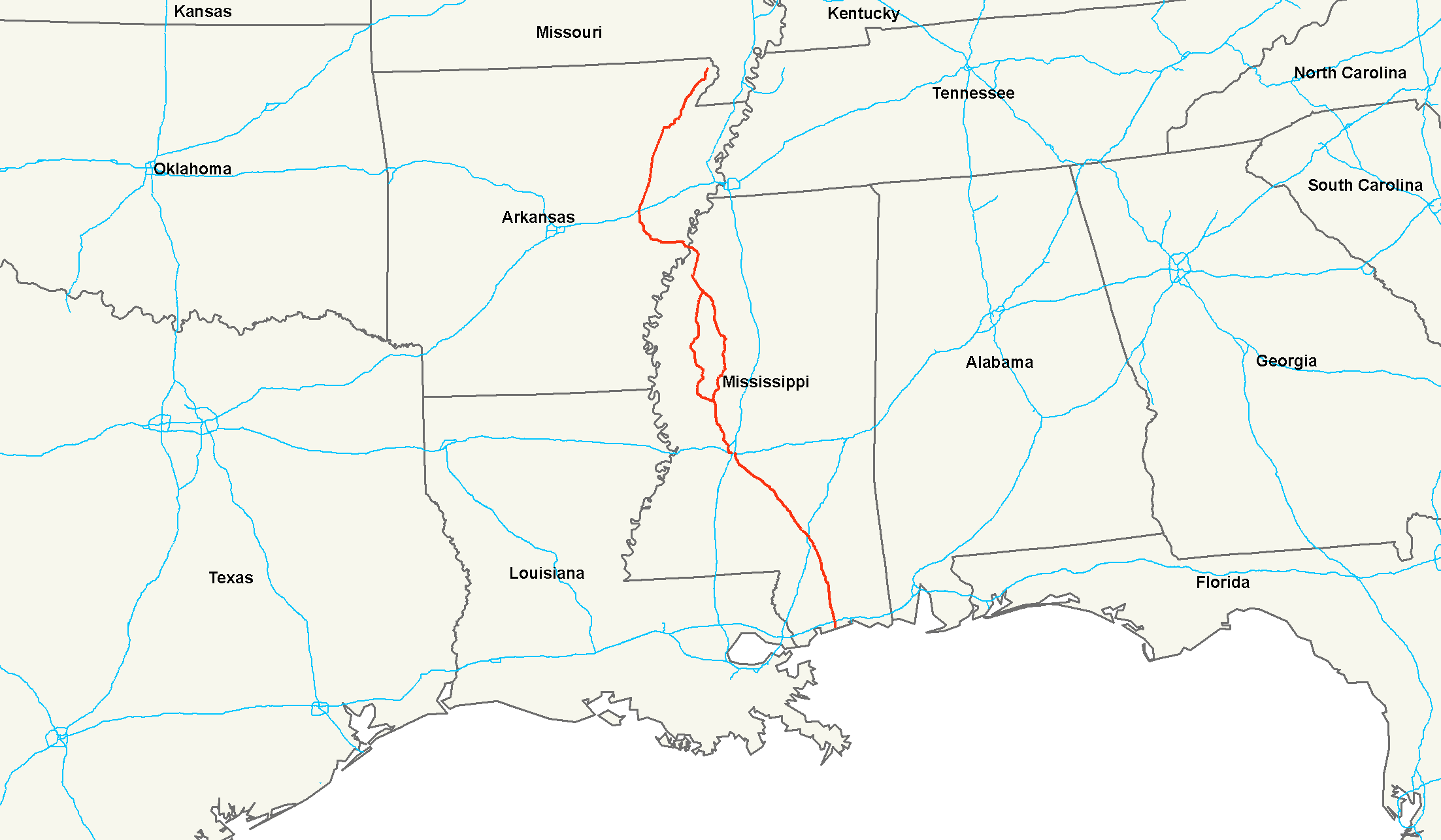 It was at the junction of US 49 and that singer Robert Johnson is said to have sold his to the . The highway is also the subject of a song by .

As of , U.S. 49 splits into U.S. Route 49E and U.S. Route 49W in . Continuing northward, these two highways rejoin as US 49 at . US 49W (the western branch) passes through Indianola and Belzoni, while US 49E veers to the east to serve Greenwood. US 49W is considered to be the main thoroughfare through the Mississippi Delta.

A recent reconstruction project completed in 2005 relocated the route of US 49W and its southern terminus in the Yazoo City area. Originally running from Silver City to Yazoo City via Midnight and Louise into the heart of Yazoo City, the route has now been shifted eastward. US 49W now runs from Silver City through the small town of Carter to the northern part of Yazoo City, where the highway meets US 49E and becomes US 49 again, cutting more than 10 miles off the old route. The original route is now numbered and is paired with .

U.S. Highway 49 in Mississippi is a designated hurricane evacuation route. It is four-laned and divided from the Gulf Coast to the intersection with U.S. Highway 82 in Indianola.

US 49 crosses the Mississippi River just south of , in Phillips County, Arkansas and proceeds northwest into Monroe County and then north thru Woodruff, Cross and Poinsett Counties to Jonesboro, in Craighead County. From there it runs northeast thru Greene County to Piggott in Clay County, ending just north of there at US 62. The Arkansas portion of US 49 is mainly two-lane undivided.