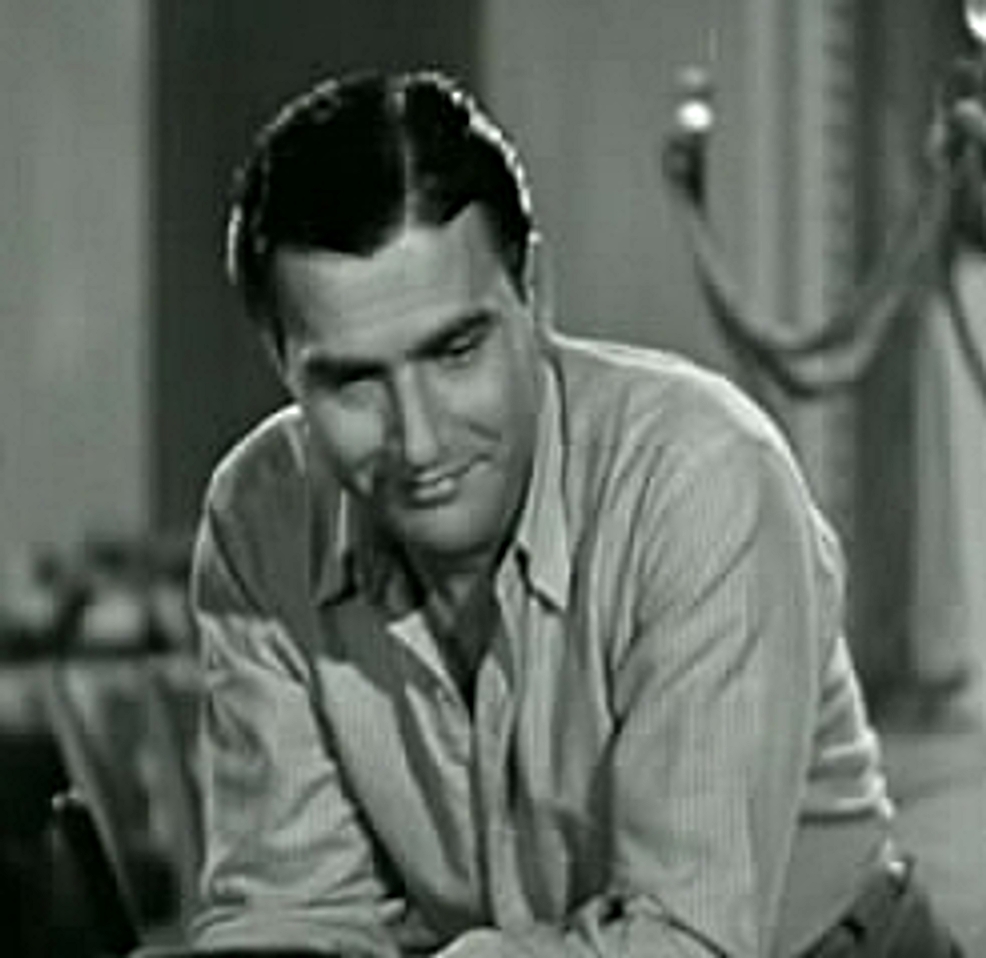 Arthur Jacob Arshawsky (, &ndash; , ), better known as Artie Shaw, was an American , , and . He is widely considered to be one of the greatest jazz clarinetists of his time. He is also the author of both fiction and non-fiction writings.

Born Arthur Jacob Arshawsky in , Shaw grew up in , where his natural was deepened by local according to Shaw's autobiography. Shaw began learning the when he was 13 years old, and by the age of 16, he switched to the clarinet and left home to tour with a band. Returning to New York, he became a session musician through the early 1930s. From 1925 until 1936, Shaw performed with a variety of bands and orchestras, including those of Johnny Caverello and . In 1929 and 1930 he played with 's Commanders, where he was exposed to symphonic music which he would later incorporate into his arrangements.

Shaw first gained critical acclaim with his "Interlude in B-flat" at a swing concert at the in New York in 1935. During the , Shaw's big band was popular with hits like "" (1938), "Stardust" (with a legendary trumpet solo by ), "Back Bay Shuffle", "Moonglow", "Rosalie" and "." He was an innovator in the idiom, using unusual instrumentation; "Interlude in B-flat", where he was backed with only a and a , was one of the earliest examples of what would be later dubbed third stream.

In addition to hiring , he signed as his band's vocalist in 1938, becoming the first white bandleader to hire a full-time black female singer. However, after recording "Any Old Time" she left the band due to hostility from audiences in the South, as well as from music company executives who wanted a more mainstream singer. His band became enormously successful, and his playing was eventually recognized as equal to that of : Longtime clarinetist cited Shaw as his favorite clarinet player. In response to Goodman's nickname, the "King of Swing", Shaw's fans dubbed him the "King of the Clarinet". Shaw, however, felt the titles were reversed. "Benny Goodman played clarinet. I played music," he said. Shaw did in fact prize innovation and exploration in music more highly than popular success and formulaic dance music, despite a string of hits which sold more than 100 million records. He fused jazz with by adding strings to his arrangements, experimented with , and formed "chamber jazz" groups which utilized such novel sounds as s or Afro-Cuban music.

The long series of musical groups Shaw formed included such talents as vocalists Billie Holiday, and, , drummers and ,guitarists , Jimmy Raney, and and trombonist-arranger , among countless others. He composed the morose "Nightmare", with its Hassidic nuances, for his personal theme, rather than more approachable songs. In a televised interview of the 1970s, Shaw derided the often "asinine" songs that bands were compelled to play night after night. In 1994, he told Frank Prial ("The New York Times"), "I thought that because I was Artie Shaw I could do what I wanted, but all they wanted was 'Begin the Beguine.' " [ [http://query.nytimes.com/gst/fullpage.html?res=9F0DE5DD1F30F93BA2575BC0A962958260 Prial, Frank J. "At Home with: Artie Shaw; Literary Life, After Ending the Beguine," "The New York Times", August 18, 1994.] ]

During , Shaw enlisted in the and later formed a band, which served in the (similar to 's wartime band in Europe). After 18 months playing for Navy personnel (sometimes as many as four concerts a day in battle zones, including ), Shaw returned to the U.S. in a state of physical exhaustion, receiving a medical discharge. In the late 1940s, Shaw performed classical music at and with the under .

Like Benny Goodman and other leaders of big bands, Shaw fashioned a small group from within the band. He named it the Gramercy Five after his home telephone exchange. The quintet's sound was set apart by band pianist Johnny Guarneri playing a harpsichord on the quintet recordings and Al Hendrickson playing an electric guitar. In time, the quintet would prove another of Shaw's breaking of racial boundaries, when trumpeter became part of the group, succeeding . The Gramercy Five's biggest hit was "Summit Ridge Drive" (Shaw's California address at the time). A CD of "The Complete Gramercy Five" sessions was released in 1990.

Throughout his career Shaw would take sabbaticals, quitting the music business. This included studying advanced mathematics, as cited in Karl Sabbagh's "The Riemann Hypothesis." His first interregnum, at the height of his success, was met with disbelief by booking agents. They predicted that Shaw would not only be abandoning a million-dollar enterprise but that nightclub and theater owners would sue him for breach of contract. Shaw's offhand response was, "Tell 'em I'm insane. A nice, young American boy walking away from a million dollars, wouldn't you call that insane?"

In 1954, Shaw stopped playing the clarinet, citing his own perfectionism, which, he later said, would have killed him. He explained to a reporter, "In the world we live in, compulsive perfectionists finish last. You have to be , or, on another level, , and write the same kind of music over and over again. I'm not able to do that." He spent the rest of the 1950s living in Europe.

In 1981, he organized a new Artie Shaw Band with clarinetist Dick Johnson as bandleader and soloist. Shaw himself would guest conduct from time to time, ending his self-imposed retirement.

After Canadian filmmaker Brigitte Berman interviewed Shaw, , and others for her documentary film "Bix: Ain't None of Them Play LIke Him Yet" (1981) about , she went on to create an -winning documentary, "Artie Shaw: Time Is All You've Got" (1985), featuring her interviews with Shaw, Buddy Rich, Mel Tormé, Helen Forrest and others. Later in 2003, along with members of his original bands and other music professionals, Shaw was extensively interviewed by for the Television documentary, "Artie Shaw — Quest for Perfection", which became his last major interview.

In 1991, Artie Shaw's band library and manuscript collection was donated to the . In 2004, he was presented with a .

In 1946, Shaw was present at a meeting of the Independent Citizens' Committee of the Arts, Sciences and Professions. and , part of a core group of actors and artists who were trying to sway the organization away from , presented an declaration which, if signed, was to run in newspapers. There was bedlam as many rose to champion the communist cause, and Artie Shaw began praising the democratic standards of the Soviet constitution. [ [http://online.wsj.com/article_email/SB115757993223555601-lMyQjAxMDE2NTA3NzUwNzc5Wj.html Olivia de Havilland Recalls Her Role - in the Cold War - WSJ.com ] ] In 1953, Shaw was brought up before the for his leftist activities. The committee was investigating a peace activist organization, the , which it considered a communist front.

He was a precision marksman, ranking fourth in the United States in 1962, as well as an expert . In his later years, Shaw lived and wrote in the Newbury Park section of . Shaw had long suffered from adult onset and finally died of complications of the disease at age 94. In 2005, Shaw's eighth wife, Evelyn Keyes, sued Shaw's estate, claiming that she was entitled to one-half of Shaw's estate pursuant to a contract to make a will between them. In July 2006, a Ventura, California jury unanimously held that Keyes was entitled to almost one-half of Shaw's estate, or $1,420,000. [ [http://www.forbes.com/business/healthcare/feeds/ap/2006/07/25/ap2903975.html] Dead link|date=March 2008]

Shaw did many s, and he was often heard from the Blue Room of New York's Hotel Lincoln. It was the location of his only regular radio series as headliner. Sponsored by Old Gold cigarettes, Shaw broadcast on from , until , .

At the height of his popularity, Shaw reportedly earned $60,000 per week. For a comparison, and , were each making US $5,000 per week during the year (1940-41) the Artie Shaw Orchestra provided the music for their radio show. He also acted on the show as a love interest for Gracie Allen and the sarcastic bandleader who had trouble with South American guitarist Señor Lee, who could not fully grasp English.

Many of his recordings have been used in motion pictures. His recording of "" was used in its entirety in the closing credits of the film "". Also, used the Shaw theme song, "Nightmare," in his -winning , "".

He credited his time in the Navy as a period of renewed introspection. He entered psychoanalysis and began to pursue a writing career. His autobiography, "The Trouble With Cinderella: An Outline of Identity" was published in 1952 (with later reprint editions in 1992 and 2001). Revealing downbeat elements of the music business, Shaw explained that "the trouble with Cinderella" is "nobody ever lives happily ever after." He turned to semi-autobiographical fiction with the three short novels in "I Love You, I Hate You, Drop Dead!" (1965, reprinted in 1997), which prompted 's comment: "Here is a deeply probing examination of the American marital scene. I flipped over it!" Shaw's short stories, including "Snow White in Harlem," were collected in "The Best of Intentions and Other Stories" (1989). He worked for years on his 1000-page autobiographical novel "The Education of Albie Snow", but the three-volume work remains unpublished. Currently, through Curtis International Associates, the Artie Shaw Orchestra is still active.