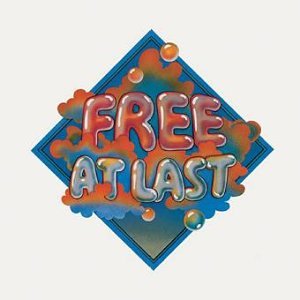 
"Free at Last" is the sixth album (fifth studio album) by English rock band Free. The band had broken up in April 1971 due to differences between and , the drug problems of , and inconsistent record sales. The four members went their separate ways, but solo projects failed in all cases. Also, with the loss of the band, Kossoff degenerated further into severe depression; he felt guilty for, as he saw it, destroying the band, and this guilt only made the problem worse. It was this factor that led members of the band to set aside their differences and re-form, with the intention of potentially saving the guitarist's life.

All members of the band made a concerted effort to work smoothly and efficiently for Kossoff's sake. For example, in a symbolic gesture all tracks were credited to every member of the band regardless of who actually wrote them. However, Kossoff's input can best be described as erratic; to compensate either Rodgers or Fraser took to the . Unfortunately the keyboard playing seems stiff and not particularly accomplished, resulting in an album that is nowhere near as musically tight as others by the band.

The attitude to the songwriting was also vastly different; there is none of the swagger and braggadocio that was present when a more youthful band had assembled in 1968. In fact there are no outright rock songs at all, and the three songs that contain fast-paced moments all have slower, more introspective moments. Also, many fans have interpreted some of the melancholic lyrics (many of which concern people in some form of emotional distress) as referring to Kossoff.

The album was reasonably successful, peaking at #9 in the UK album charts making it their most successful studio album there since "Fire and Water". The single release "Little Bit of Love" reached #13; despite failing to enter the top ten it was still their third best selling single release (it would be beaten by "Wishing Well" the following year). As usual though the album fared less well in America reaching #69; this was still a significant improvement on all previous albums bar "Fire and Water".

However, problems began again when the band was then expected to tour to promote the album as Kossoff was faced with a task for which he was not physically capable. Gigs had been disastrous, with Andy Fraser remembering that "you could see people in the audience crying for him, longing for him to be all right" (quoted in Phil Sutcliffe's liner notes). Unable to continue, Fraser left the band permanently, aged just 20. Kossoff also pulled out of the tour (although not technically leaving the band) in order to seek treatment for his .

During the period in late 1971 where the band had split, Kossoff and Kirke had formed a new band with Japanese bassist and keyboard player John "Rabbit" Bundrick; Kirke asked them to join the tour in place of Fraser and Kossoff. They accepted, and soon joined the band officially.

All tracks written by Rodgers/Fraser/Kossoff/Kirke unless otherwise stated.