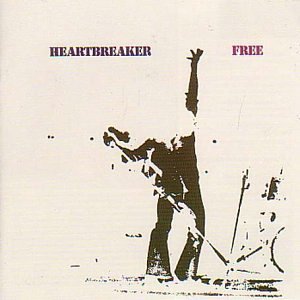 
"Heartbreaker" is the seventh and final album by English rock group Free, that provided them with one of their most successful singles, "Wishing Well". It was recorded in late 1972 after had left the band and while was ailing from an addiction to (contemporary photographs show him looking gaunt and emaciated), and features a different line up to previous albums: was brought in to replace Fraser, while John "Rabbit" Bundrick became the band's keyboard player to compensate for the increasingly unreliable Kossoff (singer played keyboards on the previous album "Free at Last", but was nowhere near as proficient a player as Bundrick). Both Yamauchi and Bundrick had played with Kossoff and on the album Kossoff, Kirke, Tetsu & Rabbit during that period in late 1971 where the band had broken up. Also, several other musicians were used on the album. This, plus the fact that the album was co-produced by as well as Free, resulted in the most professional and well-produced album for some time, and also one that is considerably mellower and more mature than many previous efforts. Indeed, there are almost no points of comparison between this and their debut album "" in 1968.

NOTE: The album lists Kossoff as an additional musician (due to excessive drug problems the band had hired a session musician); since this is technically not correct, the listing above has been amended slightly.Fact|date=July 2008

One immediate effect of Fraser's departure was the loss of the Fraser/Rodgers songwriting partnership that had hitherto provided the bulk of the band's catalogue. Hence many of the songs were written solely by Rodgers, although some are credited to the entire band as a symbolic gesture (including the single "Wishing Well"). Bundrick wrote two of the album's eight tracks.

Yamauchi had only a very minor influence in the band; the Japanese bassist was unfamiliar with the English language and in any case was unwilling to jeopardise playing in a relatively well-known and well-regarded British band. Bundrick, on the other hand, was more volatile and frequently clashed with Rodgers just as Fraser had done: they even once had a fist-fight in a .

Meanwhile, Kossoff was extremely resentful of s brought in periodically to replace him when the other band members' patience began to break. This exacerbated even further his problems, but on those occasions where recording went well he produced some notable work; he is in fact far more prominent on this album than on the previous one.

boss disliked the band's initial mix of the album and drafted regular engineer Andy Johns to solve the problem; in January 1973 the album was ready for release.

The album was, by Free's standards, a huge success. It became their third top-ten album in the UK (reaching #9), and reached #47 in America, which was also a considerable success for the band. Also, the single release "Wishing Well" became their third-most successful single, reaching #7. It is widely regarded as one of their definitive songs. The song was later covered by Southern rock band Blackfoot on their album "Strikes" (1979).

Despite the success of the album and impending tour of America, it finally became apparent that the band had passed the point of no return. Kossoff being credited as an additional musician came as a shock to the entire band. Kossoff spiralled to his lowest ebb and was unable to go to America; he was replaced with from . He proved to be a poor choice, and eventually the band finally gave up. Rodgers and Kirke formed with (formerly of ) and (formerly of ); Yamauchi joined ; Bundrick became a session musician and eventually became a regular keyboard player with ; Kossoff tried to form his own band . After two unsuccessful albums, the guitarist died of a heart attack on board an aeroplane on the , at the age of 25.