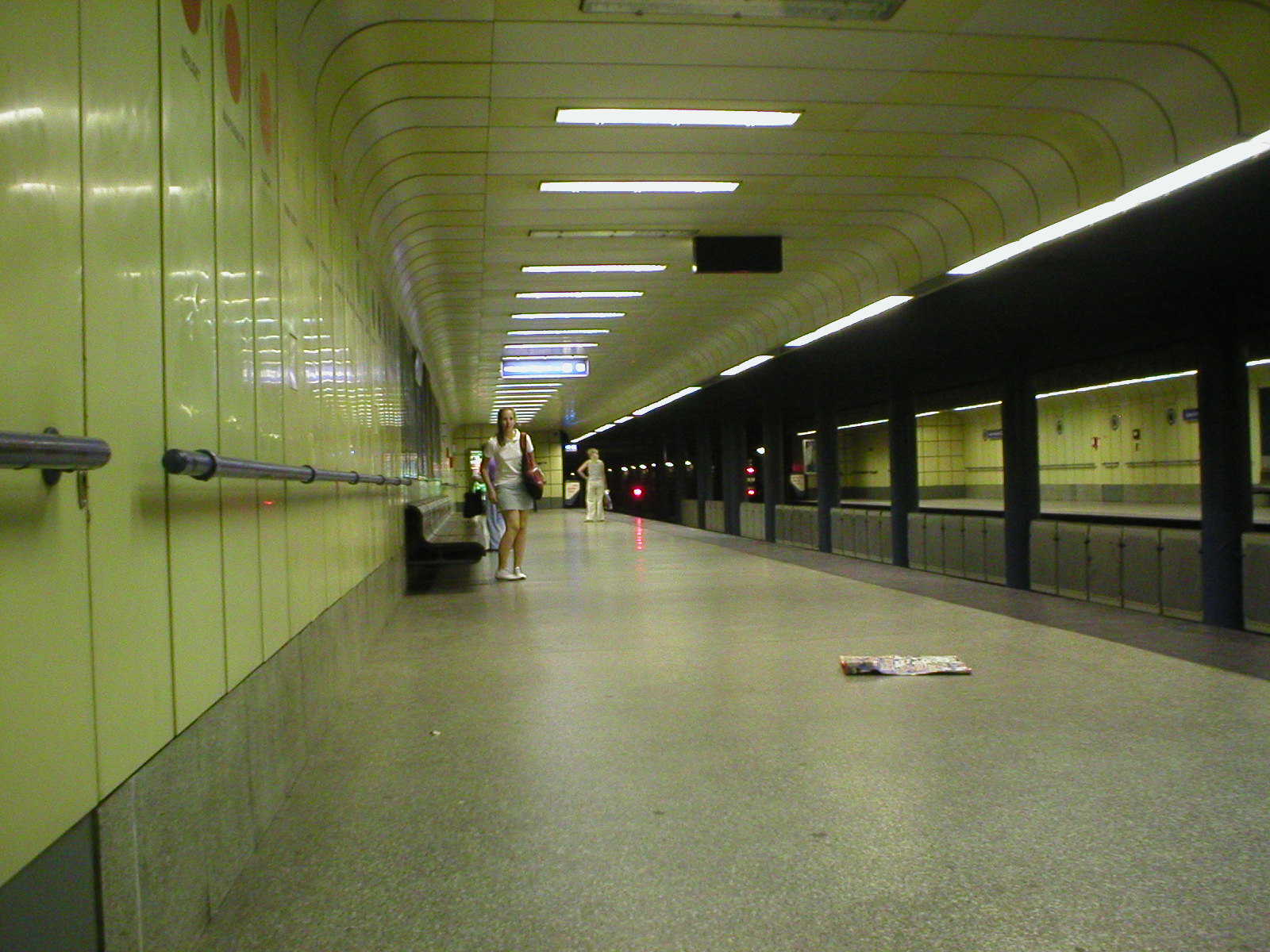 Újpest-Központ ("Central ") is the northern terminus of the M3 Line (North-South line) of the . It is located in District IV under the east-west Road, at its intersection with the north-south István Road.

The station directly serves District IV in the city centre () and its housing estates (c. 50,000 residents), but the terminus attracts commuters from throughout District IV, the large housing estates of (c. 25,000 residents) to the north (the promised future terminus), and neighboring District XVI to the east. A large number of bus lines and two tram lines have stops at Újpest-Központ, making it the most important transportation hub of its district.

The station was initially planned to be a temporary terminus, much like Árpád híd when that station was built, but the line was never extended to and it has been the terminus .