For the history of New Zealand provincial competition before 2006, see National Provincial Championship.

The ITM Cup is New Zealand's annual professional domestic Rugby union competition, taking place from late July through October (or the first week of November). It was founded in 2006 with 14 teams, after the National Provincial Championship (NPC) was split into two separate competitions. The other 12 provincial teams from the NPC now compete in the amateur Heartland Championship. From its inception through the 2009 season, it was sponsored by Air New Zealand, the national airline and flag carrier of New Zealand, and called the Air New Zealand Cup. New Zealand also has five teams in Super Rugby, an elite competition which also involves sides from Australia and South Africa.

In March 2010 it was announced that the Air New Zealand Cup would be renamed the ITM Cup with the addition of building supplies cooperative ITM (Independent Timber Merchants) as the major sponsor. The change came because Air New Zealand chose to concentrate their rugby sponsorship on the country's national team, the All Blacks.[1] 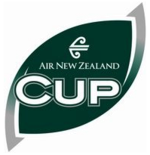 The 2006 reorganisation of New Zealand provincial rugby replaced the NPC's former three-division setup with two distinct competitions. This differs from the original two-division setup used in the NPC from its creation in 1976 to 1984 in two key ways. First, the two current competitions are nationwide, while the original NPC Division Two was split on a North Island/South Island basis. Second, the NZRU ruled that there would initially be no promotion or relegation between the Air New Zealand Cup and Heartland Championship—a feature that had always been present in the former NPC.

Also, the number of teams was reduced to 26, as the Marlborough and Nelson Bays unions merged to form the new Tasman union.

The 2006 expansion of the Super 12 and Tri Nations Series had a major effect on the Air New Zealand Cup. This expansion created the Super 14, adding two extra fixtures to that competition, and also added two more Tri-Nations matches for the All Blacks, at least in non-World Cup years. Because of these changes, it was intended for players in the All Blacks selection pool to make only limited appearances in the Air New Zealand Cup.

The first Air New Zealand Cup drew some good support from fans and was a successful first season. The new competition also saw the introduction of 4 teams up from the old Division Two of the NPC, they were:

The competition was taken out by Waikato 37–31, after they beat Wellington in the Grand Final in front of a capacity crowd of 25,000 fans at Waikato Stadium. The leading try-scorer was emerging star Richard Kahui from Waikato with eight tries, and the leading point-scorer was Jimmy Gopperth from Wellington with 121 points.

The Air NZ Cup saw Auckland and Canterbury come out as champs in 2007 and 2008 respectively, both winning their finals against the Lions from Wellington. It also saw some changes in the format which the teams played through.

The 2007 and 2008 season saw changes in the format for the competition with the NZRU opting to dump the previous pool system used the year before, instead going for a 10 week round-robin where each team will miss out on playing three of the other teams. The finals format was not changed however still staying with the quarter-finals, semi-finals and grand final.

The 2007 Air New Zealand Cup was a relatively quiet compared to its predecessor, it saw Auckland come out over Wellington. It was Wellington second successive Grand Final. Auckland finished the season at the top of the Points table with a record 48 competition points winning all ten matches. Jimmy Gopperth again finished as leading points scorer with 155, a new record and Brent Ward from Auckland finished with the top try scorer title with 8 tries.

Auckland had an easy road into the final winning both of their matches, 30–10 against Taranaki in the quarter-final and winning 38–3 against Hawke's Bay in the semi. Wellington also had a convincing win in their quarter-final winning 45–3 against Southland but had a harder time in the semi beating Canterbury by 5 points 26–21 at AMI Stadium.

The final was played on 20 October between Auckland and Wellington at Eden Park. Two tries both converted by Isa Nacewa gave Auckland a 14–3 lead midway through the first-half, but a try by Wellington meant that the halftime scoreline was narrowed to 14–8. Two penalties to each team made it 20–14 early in the second half, another penalty by Nacewa made the final score 23–14 with Auckland winning their 16th championship.

2008 saw Hosea Gear set a record with an astounding 14 tries, it also saw his team reach the Grand Final once again, the third successive season, but like the previous two, coming up short once again losing to Canterbury 6 points to seven in a wet and low scoring final in the capital. The Wellington Rugby Football Union had something to cheer them up by putting the Ranfurly Shield away for the summer with their last challenge being Tasman beating them 26–20. Blair Stewart from Southland was the leading points-scorer with a lower than previous 105 points. 2008 also saw on 11 August 2008 that the New Zealand Rugby Union initially announced that both Tasman and Northland would be relegated from the Air New Zealand Cup after the completion of the 2008 season. Both teams failed to meet criteria which included financial stability, population, player training and development, playing history, and administration. This decision was reversed towards the end of the 2008 season, with Tasman and Northland remaining in the competition for two more years [2]

The 2008 Air New Zealand Cup Grand Final was played on 25 October in the capital. A converted try to Hayden Hopgood and a Piri Weepu penalty was the only scoring in the first half leaving Canterbury having a 7–3 advantage at the break. It was no better in the second with the only score being a Wellington penalty, and that is how it ended, with a Canterbury win and yet another Wellington loss.

2009 almost saw a reduced 12 team competition with Tasman and Northland possibly relegated due to financial and player retention issues. The 2009 Air NZ Cup Round-Robin begun on 30 July and run to 25 October. The format has changed to a straight round-robin tournament where every team faces the others once over 13 weeks.

The competition was intended to be the last of the Air New Zealand Cup, by name and by format, with the NZRU deciding to reduce the top division, named the Premier Division as of 2010, to ten teams and have two lesser divisions; the First Division with 6 teams, 4 teams from the Air New Zealand Cup and two teams from the Heartland Championship; and a Heartland Championship competition with ten teams.

The NZRU announced that the Air New Zealand Cup will be reduced to a 10 team competition either in 2010 or 2011. However, this did not happen, and the 14 teams remain, structured into 2 divisions. The new structure will see a Premier Division, First Division with the Heartland Championship running underneath.

The key principles agreed at the time were that the competitions must:

The 2009 Air New Zealand Cup saw a different structure than previous years, after a small pre-season the Round-Robin ran for 13 weeks with every team facing each other once. The top four teams advanced to the semi-finals and the winners from each semi competed for the title in the Grand Final.

To decide which four teams went through to the semi-finals the Rugby Union Bonus Points System was used.

So the most points a winning team can receive is 5 and the most a losing team can receive is 2 points. Semi-Finals are played between 4 teams, the teams are seeded 1 to 4 and the two highest seeded teams play at home against the two lowest seeded teams meaning 1 plays 4 and 2 plays 3. The highest seed still remaining in the grand final played at home.

The ITM Cup consists of 14 teams covering a substantial part of New Zealand, each team is under the governance of a union, e.g. Auckland is governed by the Auckland Rugby Football Union; each team is the top male representative team that the union has to offer.

At least 10 days prior to the start of the upcoming season each union must contract at least 26 players to compete with.

The following teams contest for the ITM Cup, and have since 2006:

The ITM Cup Champions for each season are awarded the ITM Cup Trophy, previously the Air New Zealand Cup Trophy whilst the competition was sponsored by the airline. Waikato won the first competition in 2006 while Auckland and Canterbury took out the 2007 and 2008 Cups respectively, every year Wellington were the runners up. Changes in 2011 see the 14 teams split into two divisions, with the top seven in the Premiership, with the rest in the Championship.

The 2006 Air New Zealand Cup was played over 13 weeks from 28 July till the Grand Final on the 21st of October. The season was split into two rounds, Round One saw all teams split into two pools and played everybody in their pool as well as a bye week, Round Two saw the top three teams from each pool go on into the top six, the top six teams faced every team they didn't play in Round One, every other team were split into either Repechage A and Repechage B, the winners of each repechage went on to fill out the two remaining spots for the quarterfinals with the top six, the quarterfinals were followed by semifinals and a grand final.

The Air New Zealand Cup is hand-forged and was created by Jens Hansen Gold and Silversmith of Nelson, the same workshop that crafted the ‘One Ring’ for Peter Jackson’s Lord of the Rings trilogy and the new Rebel Sport Super 14 trophy. Master silversmith Thorkild Hansen and his team spent 3 months crafting the trophy.

The trophy stands 45 centimetres tall and weighs 3.9 kilograms. It includes 2.7 kilograms of sterling silver and the inside of the trophy is gilded with gold. The trophy sits on a base of black basalt that was hand-crafted by Waihi stone carver Jeff Beckworth.

The Ranfurly Shield, colloquially known as the Log o' Wood, is perhaps the most prestigious trophy in New Zealand's domestic rugby union competition. First presented to Auckland in 1902, the Ranfurly Shield is based on a challenge system, rather than a league or knockout competition as with most football trophies. The holding union must defend the Shield in challenge matches, and if a challenger defeats them, they become the new holder of the Shield.

The Shield is currently held by Taranaki who won it from Southland in the 12th round of the Round Robin in the 2011 ITM Cup.

The Shield holder at the end of each season is required to accept at least seven challenges for the following year. All home games during league play, but not during knockout playoffs, in the ITM Cup or Heartland Championship are automatic challenges. The remaining shield defences must be made up of challenges from unions in the other domestic competition. For example, since North Harbour, an Air New Zealand Cup team, held the Shield at the end of the 2006 Cup season despite losing their home quarter-final to Otago, they were forced to defend the Shield against Heartland Championship teams during the 2007 pre-season. Having successfully done so, all their home fixtures in the round-robin phase were Shield defences until they lost the shield to Waikato.