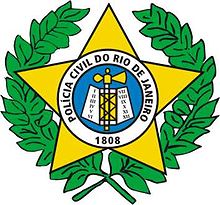 The Civil Police of Rio de Janeiro State (Polícia Civil do Estado do Rio de Janeiro, in Portuguese) is the police force responsible for criminal investigations in Rio de Janeiro - Brazil. Formed in 1808, is subordinated to state government and directed by a Chief of Police, chosen by the Governor. 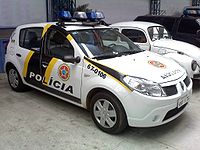 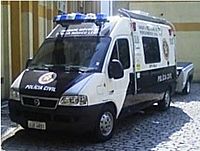 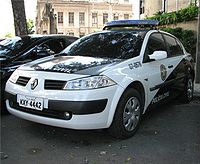 The police activity of prevention and repression of the penal infractions is exercised by the Police Stations situated in the police circumscriptions which correspond to the geographic areas of the suburbs of Rio Metropolitan Region or the country municipalities.

According to their geographic localization in the territory of the State, the Police Stations are subordinate to one of the three great operational departments of the Police: of the Capital, of the "Baixada Fluminense" (municipalities which form Rio de Janeiro Metropolitan Area, except Rio de Janeiro city) and of the Inland.

The criminal investigations developed by the police stations may be supported by the Specialized Police Department, through its specialized organs (divisions) when repressing the homicide crimes of unknown authors, narcotics, robbery, theft and large frauds.

The CORE (Coordenadoria de Recursos Especiais, in Portuguese), formed in 1969, is a SWAT unit within the Civil Police of Rio de Janeiro.

It is a special service which use highly trained policemen in dangerous tasks that Police have to face daily.