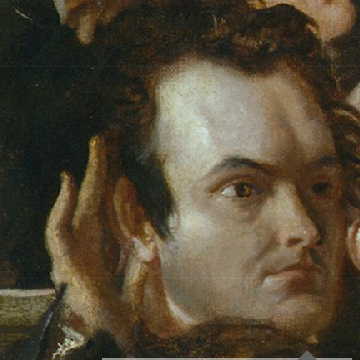 image_size = 240px
caption = Bradburn at the 1840 Anti Slavery convention, holding his hand to his ear.

George Bradburn ( - ) was an American politician and minister in known for his support for and . He attended the 1840 conference on Anti-Slavery in where he made a stand against the exclusion of female delegates. In 1843 he was with

Bradburn was born to James and Sarah Bradburn in Attleboro, a small town in Massachusetts. After his mother died, he was brought up by his half sister Fanny. He first took a trade as a machinist until he decided to pursue futher studies at the age on nineteen.

His first ministerial position was in in 1831, but oddly, his church was sold while he was away and his congregation was later disbanded in 1834. While in Nantucket he met and married his first wife, Lydia, but within a year of marriage she had died, and his only daughter died a year later. This cast a "shadow over his whole life."

He became associated with the American Anti-Slavery Society in 1839 and he brought forward related radical legislation. He led a movement which repealed a marriage law. After this change, "People in Massachusetts, wishing to marry, are under no necessity of comparing complexions"

The year of the "World's Convention"

In 1840, a woman's right to serve on an American anti-slavery committee was established when became a full member of the business committee of the American Anti-Slavery Society at their annual convention. This was not without cost, and some of the members left the meeting, but others who were known as the "Garrisonian wing" believed in equal rights of all Americans, irrespective of gender.

Bradburn travelled first class on the ship "Roscoe" on the . Other anti-slavery delegates aboard the ship were , James and , and her father Isaac, , and .

Just before the "World's Anti-Slavery Convention" opened, the British organiser explained that female delegates would not be allowed. This "insane innovation, this woman-intruding delusion," was rebuked by the leading English Anti-Slavery members. Some of the male delegates from America sided with the women, including George Bradburn, Wendell Phillips, James Mott, , Isaac Winslow, and Henry B. Stanton. , who was not there until the 17th,

The portrait of Bradburn which is shown above and in Haydon's picture of the 1840 World Anti-Slavery convention which was completed in a small room at the Freemasons hall where the convention was held. Bradburn commented that he felt that he had been given "too much severity or sharpness," but Haydon assured him that he looked "revolutionary" when giving his speeches. Bradburn made time after a visit to France to complete a third sitting on .

In 1843 Bradburn accompanied and William A. White on a lecture tour organised by the American Anti-Slavery Society and called "100 conventions." This was not a tour preaching to the converted and was, subsequently, attacked. Douglass was attacked and his hand broken so badly that he never recovered its full use.

Douglass told a group in Ireland of a story about how Blackburn, who now was nearly completely deaf, was challenged for assuming that ministers could adopt the abolitionists message as they "must live." Bradburn said, "I deny any such necessity — I dispute your premises. I deny that it is necessary for any man to live, unless he can live honestly."

In 1850 in Boston, Bradburn married Frances H. Parker. Although she later would became an invalid and prevent him from taking up overseas positions, she was the one who eventually completed his memoirs.

In 1851, George and Frances moved to where Bradburn helped to edit the "True Democrat", a daily newspaper. After two years he went on lecture tours where he would sometimes speak every night for 26 days. His lectures at this time were not only political but drew on his experiences in Europe in 1840. He was able to use his trip to London as the basis of entertaining and infomative lectures.

In 1859, he occupied the pulpit of a Unitarian church in and resided there for another two years. He made good friends there and returned to visit ever summer for the next twenty years. He took a job in a customs house which had been organised by his friend , but he sadly missed his ability to work. At the end of his life he called out to William A. White, who his wife remembered as a friend from his time lecturing to thousands.

At Bradburn's funeral in 1880, read a eulogy and was a pallbearer.