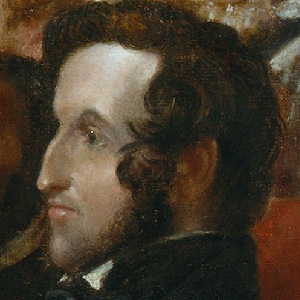 Stanton was born at (Griswold) Preston, Connecticut, the son of Joseph Stanton and Susan M. Brewster. His wife, , was also very much involved in social issues, including temperance, the abolition of and, most especially, and female suffrage. The couple was married on , , and had seven children. Their wedding trip was spent in Europe where they attended the international anti-slavery convention in on .

Stanton was well known as a and , and used these skills as a journalist, attorney, and politician. In 1826, Stanton began writing for the Monroe "Telegraph" in . He also wrote for the "," when was editor, and then for the "" until his death. In 1832, he went to , to study theology at , but chose to actively join the abolitionist movement before completing his course. After his marriage, Stanton studied law under his father-in-law, Daniel Cady, in Johnstown, NY, and, after his studies, became a successfulFact|date=June 2007 patent attorney in , where both he and his wife were actively and prominently engaged in the anti-slav ery movement.

His law practice failed in Boston, NY. He and his family lived in Johnstown, NY for a year before they moved to in 1847, where they resided in a house purchased for them by Daniel Cady. However, the house was initially purchased by Elisha Foote and Edward Bayard, Elizabeth's brother in law and lover. In Seneca Falls, Stanton resumed his interests in journalism and politics, often traveling, speaking and writing on behalf of abolition. While living in Seneca Falls, Stanton spoke in support of as .Fact|date=June 2007

Stanton was widely recognized as a premier American orator on social issues, and was a primary spokesman for the abolitionist movement prior to the . He was known for his skill in extemporaneous speaking, and his wife reported that he was occasionally asked to speak on a random topic for the amusement of the audience.Fact|date=June 2007 In the 1840's, Stanton went on an anti-slavery European speaking tour, touching most of the principal cities of , , and . Throughout their lives, Henry Stanton and Elizabeth Cady Stanton traveled widely, both jointly and separately, speaking and organizing for social causes that included temperance, and . In fact, when Henry died unexpectedly of pneumonia in 1887. Elizabeth was in speaking on behalf of voting rights for women, however, he and Elizabeth were separated at the time of his death.

Abolitionist and former slave provided Stanton's son, Theodore, this memory of the first time he heard Henry B. Stanton speak in public:Fact|date=June 2007

: "When I was escaping from bondage I was received under the humble but hospitable roof of Nathan Johnson, an old colored man....Nathan Johnson also told me all about Henry B. Stanton's wonderful oratorical powers, and took me one evening to hear him denounce the slave system. It was one of the first abolition lectures I ever heard, and this circumstance, combined with the eloquence of the speaker, left an ineffaceable impression on my mind. Your father was then unquestionably the best orator in the anti-slavery movement. I listened to him on many other occasions, but this first one, when I was fresh from slavery, naturally touched me the most deeply." (see below: Obituary and family recollections.)Fact|date=June 2007 Politically and socially active throughout his life, Stanton served as Deputy County Clerk of , for three years, and as secretary of the American Anti-Slavery Society in 1834. He served two terms in the Senate as a member of the . In 1850, he served in the New York Senate. Stanton helped to launch the Republican Party in 1855, and was an ardent Republican on the issues of slavery and secession.

Stanton's publications included many pamphlets on social issues and the book length "Sketches of Reforms and Reformers in Great Britain and Ireland", (New York, 1849) an examination of British social conditions and activists. In addition, he was finishing the fourth edition of his autobiography, "Random Recollections" (1885) at the time of his death from pneumonia in 1887 in . Stanton also had a lifelong interest in and , and was known for setting aside time every day to tend the trees, fruits and vegetables in his garden.