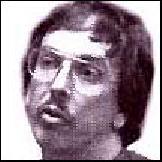 Joel David Rifkin (born ) is an American who murdered 18 women, mostly drug addicted s, between 1989 and 1993 in . Although Rifkin often hired prostitutes in and , he lived in , a an town on . During his trial, Rifkin was represented by Mineola-based John Lawrence.

The son of unknown parents, he was ed by Bernard and Jeanne Rifkin when he was three weeks old. [cite web|url=http://archives.zinester.com/56505/63063.html|title=The Drifter, Joel Rifkin |accessdate=March 8|accessyear=2007] The couple adopted another child, a daughter, three years later. In 1965, the family settled in East Meadow, , where Rifkin would spend most of his remaining years. A shy, awkward child, he was a target for bullies, and he did poorly in school despite having a tested of 128. After graduating from high school, Rifkin, who was particularly interested in and , made several attempts at and attended the State University of New York at Brockport, where he worked for a time as a photographer on the school's newspaper "The Stylus". He held down various odd jobs, spending much of the little money he made on prostitutes.

In February 1987, Rifkin's adoptive father committed to end the pain of , thereby increasing Rifkin’s depression. At this time he became increasingly obsessed with violence, murder, and prostitution. Rifkin was arrested for soliciting a prostitute on , in Hempstead, Long Island. He concealed this arrest from his family.

Rifkin committed his first murder in 1989, killing a prostitute, dismembering her body and tossing it into the . Over the next four years, he killed 16 more prostitutes. Sometimes he would take his victims back to East Meadow, to the house where he lived with his sister and elderly mother. Other times he killed them in his car.

Police finally caught up to Rifkin in June 1993, when s spotted his pickup truck without license plates on the . A high-speed chase ended in , where he crashed into a utility pole which was located directly in front of the courthouse in which he would eventually stand trial. Troopers detected an odor from the back of the truck. It came from the dead body of Tiffany Bresciani, 22, the girlfriend of (a.k.a. Dave Insurgent, a member of the 1980s punk band ), and his final victim.

Rifkin was found guilty of nine murders in 1994 and sentenced to 203 years to life. He would be eligible for only in 2197.

In early 1994, it was reported that Rifkin had engaged in a jailhouse scuffle with er . Prison officials decided in 1996 that Rifkin was so notorious that his presence in the general prison population could be disruptive. He was confined to his cell at the for 23 hours a day. He spent more than four years in before being transferred to the in Clinton County. In 2000, a state appellate court determined that prison officials had not violated Rifkin's by housing him in isolation. Rifkin's seeks $50,000 for each of his 1,540 days in solitary confinement (totaling $77 million). If he were to receive any money, it would be subject to state laws that earmark most of the award for the families of his victims. Corrections officials say that Rifkin is now imprisoned with more than 200 other inmates at Clinton who are not allowed into the general prison population.

In the "" episode "The Masseuse", dates a man (played by ) who is coincidentally named Joel Rifkin. After a few humorous mishaps, she suggests he change his name to something less frightening like Deion, Ned or Remy (all of which he hates). Another name she proposes is ironically O.J. (either after running back Orenthal James "O. J." Simpson or Ottis James "O.J." Anderson) [ [http://www.seinfeldscripts.com/TheMasseuse.html Seinfeld - "The Masseuse" transcript] ] ; the episode aired , , seven months before the murders of and for which was later tried.

Because of his crimes, Rifkin was referred to by some s as 'Joel the Ripper', an obvious reference to .

The account (from both crime reports and interviews with Rifkin himself) "From the Mouth of the Monster: The Joel Rifkin Story" was written by one of Rifkin's former classmates and friends, Robert Mladinich.

* [http://www.crimelibrary.com/serial_killers/predators/rifkin/2.html Crime Library]
*" [http://www.adoptionunchartedwaters.com Adoption:Uncharted Waters] " by David Kirschner, PhD includes three chapters detailing his psychological interviews with Rifkin prior to and during the trial.