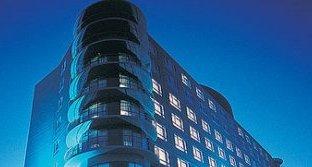 Rooms
Rydges Parramatta has 151 designer look guest rooms that are comfortable and come with a host of modern amenities.

Restaurant
The in-house Scuzzi Cafe is open seven days and serves breakfast, lunch and dinner. Also available are two bars, one a traditional Australian pub and the other in boutique beers and cocktails.