Jazz From the Hills

Jazz From the Hills 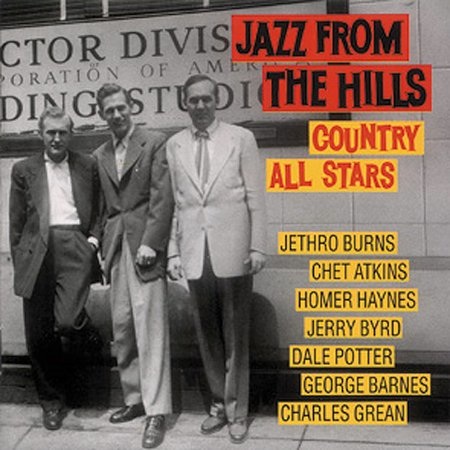 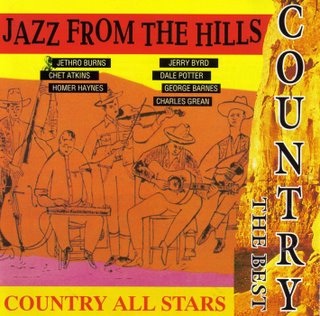 Lower caption = Alternate cover of "Jazz From the Hills"

" Jazz From the Hills" is an album by American guitarist and The Country All-Stars. It is a reissue of sessions from 1952-1956.

Atkins formed a number of studio bands as his leadership in the RCA studios of Nashville began to take shape in the early 50's. Built on the nucleus of Atkins and (who played on many of his early recordings), the Country All-Stars included other session musicians depending on who was available. , who for two years played duets with Chet on the WSM radio show "Two Guitars", recalls that they recorded between sessions. "It was another way to make $41.00! That was the session scale back then."

The first All-Stars recordings began in 1952 in Nashville with Atkins, Homer & Jethro, Jerry Byrd and bassist Ernie Newton. The second session included bassist Charles Grean and fiddler Dale Potter. In 1953 the All Stars found themselves at a session in New York and found time to record again. A Chicago session, minus Atkins, was recorded in 1953 with Homer & Jethro, Rulle, Rubenstein and Frigo. Another New York session in 1956 included Atkins, Homer & Jethro, Grean, Davis, Goldberg and Barnes. The songs from that session were never released until "Jazz From the Hills".

In later interviews, Atkins was critical of his playing in the sessions. He stated: "I was real ignorant musically in those days, and just played with a lot of fire because I didn't know any better."

The re-issue includes the original vinyl record release plus additional tracks that include the 1956 session with jazz guitarist . (Barnes played rhythm guitar on the original demos Atkins did for RCA in 1947.) The extensive song-by-song liner notes are by Rich Kienzle, based on new interviews with Atkins, Byrd, Jethro Burns and Dale Potter. A detailed discography is included.