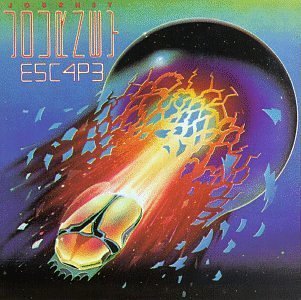 With three hit singles out of "", "" and "" plus rock radio staples like "" and the album's title cut, "Escape" became Journey's biggest selling album yet, and remains one of their most popular and best-reviewed works to date.

*Highest chart position: #1 on the Billboard album chart where it stayed for a week dethroning ' Bella Donna from #1 in September 1981.