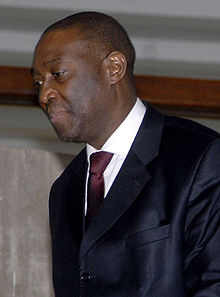 Balói served as Deputy Minister of Cooperation in the early 1990s, then as Minister of Industry, Trade and Tourism from 1994 to 1999. He was subsequently active in the Millennium-BIM (International Bank of Mozambique), serving as a member of its Board of Directors and its Executive Board.[1] On March 10 2008 he was appointed as Minister of Foreign Affairs, replacing Alcinda Abreu. [2]