Prince Dipangkorn Rasmijoti (born 29 April 2005; Thai: ทีปังกรรัศมีโชติ; RTGS: Thipangkhon Ratsamichot), a member of the Royal Family of Thailand, is a grandson of King Bhumibol Adulyadej (Rama IX) of Thailand, and is the fifth son of Crown Prince Maha Vajiralongkorn. His mother is Princess Srirasmi, the Crown Prince's third legal wife. The Crown Prince also has a daughter by his first wife, and four sons and a daughter from his second wife, all half-siblings of Dipangkorn. The prince is styled as His Royal Highness. A royal ceremony, called Phra Ratchaphithi Somphot Duan Lae Khuen Phra U, to celebrate the first month of the prince was held on 17 June 2005 at Ananta Samakhom Throne Hall in Bangkok. 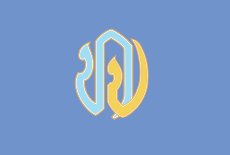