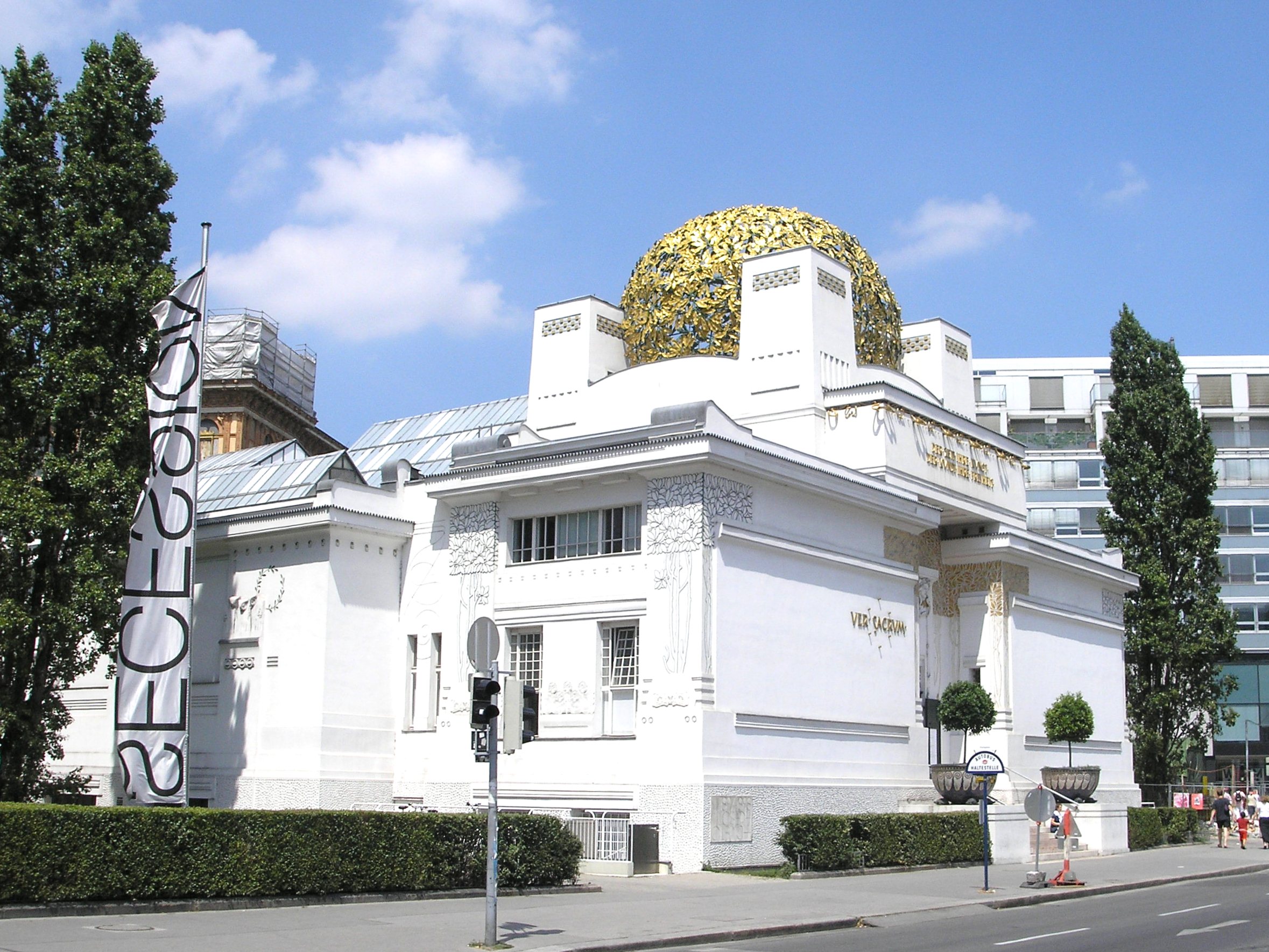 The Secession building was built in by as architectural manifesto and exhibition hall for the secession group [ [http://www.secession.at/building/planung_e.html Secession hall official web site: The Building] ] . The building is located in , . The building was called the Secession as it was the seceding of the "rebel artists" from the long-established fine art institution that gave rise to this structure.

The building features one of the most widely recognized artworks of (a branch of art movement, also known as Jugendstil), by [ [http://www.secession.at/beethovenfries/e.html Secession hall official web site: The Beethoven Frieze] ] .

The motto of the Secessionist movement is written above the entrance of the pavilion: "To every age its art, to art its freedom" (German: "Der Zeit ihre Kunst. Der Kunst ihre Freiheit") .

The building was recently selected as the main motif of one of the Austrian gold collectors' coins: the 100 euro The Secession commemorative coin, minted in 10 November 10 2004. On the obverse side there is a view of the hall.

The building also appears (from a different perspective) on the regular &euro;0.50 Austrian coin. A detail of Klimt's work is featured on the reverse side of this coin.