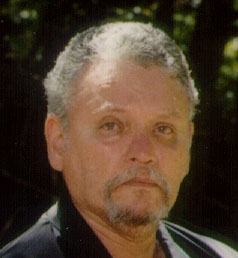 Vincent A. Cruz is an experienced , and an advocate of traditional .

Cruz is a certified martial art instructor and examiner under the American Amateur Karate Federation (AAKF) and the (ITKF); both federations are headed by Master . Cruz is also the founder and chief instructor of the International San Ten Karate Association (ISKA) and the International San Ten Martial Arts Federation (ISTMAF). "San Ten" refers to Cruz's "three heavens" philosophy.

Cruz was born in Brooklyn, New York in 1937. He graduated from high school in 1954, and immediately joined the . The Air Force stationed him in Ashiya, , where he began karate training in March 1956 under Kaigate O. (a student of ). In 1956, the Air Force transferred Cruz to , where Isao Obata introduced him to training. In June 1959, Cruz was selected as an Instructor for the (SAC) Combative Measure Program held at the Institute. During this time, Cruz was instructed in a comprehensive program by Masters and H. Kotani in ; Masters Isao Obata and in ; Master T. in ; and Master M. Hosakawa in Taijo-jutsu.

During this period, Cruz attained a in and certification in Taijo-jutsu and . Later he received his in . Upon returning to the USA, Cruz continued his training under .

Cruz received a Bachelor's degree in Education from the in 1984.

On May 10, 2002, Rep. George Radanovich ordered a US Flag flown over the capitol building in Washington, DC, in honor of Cruz's distinguished military career and lifelong contributions.

Cruz authored/co-authored two books on traditional : (1) "The San Ten No Kata", and (2) "The Twenty Precepts of Gichin Funakoshi".

"The San Ten no Kata" is a series of five drills for students of Shotokan karate. The drills introduce most of the techniques used in the traditional Shotokan katas in a natural sequence of study that progresses from to black belt levels. Each drill exercises ten specific hand and foot techniques, with an emphasis on balanced development on the left and right sides. Each drill is similar to a vigorous 100-step . The drills can be used as basic instruction, as warm-up exercises, as tests, and for spirit training. Cruz co-authored this book with .