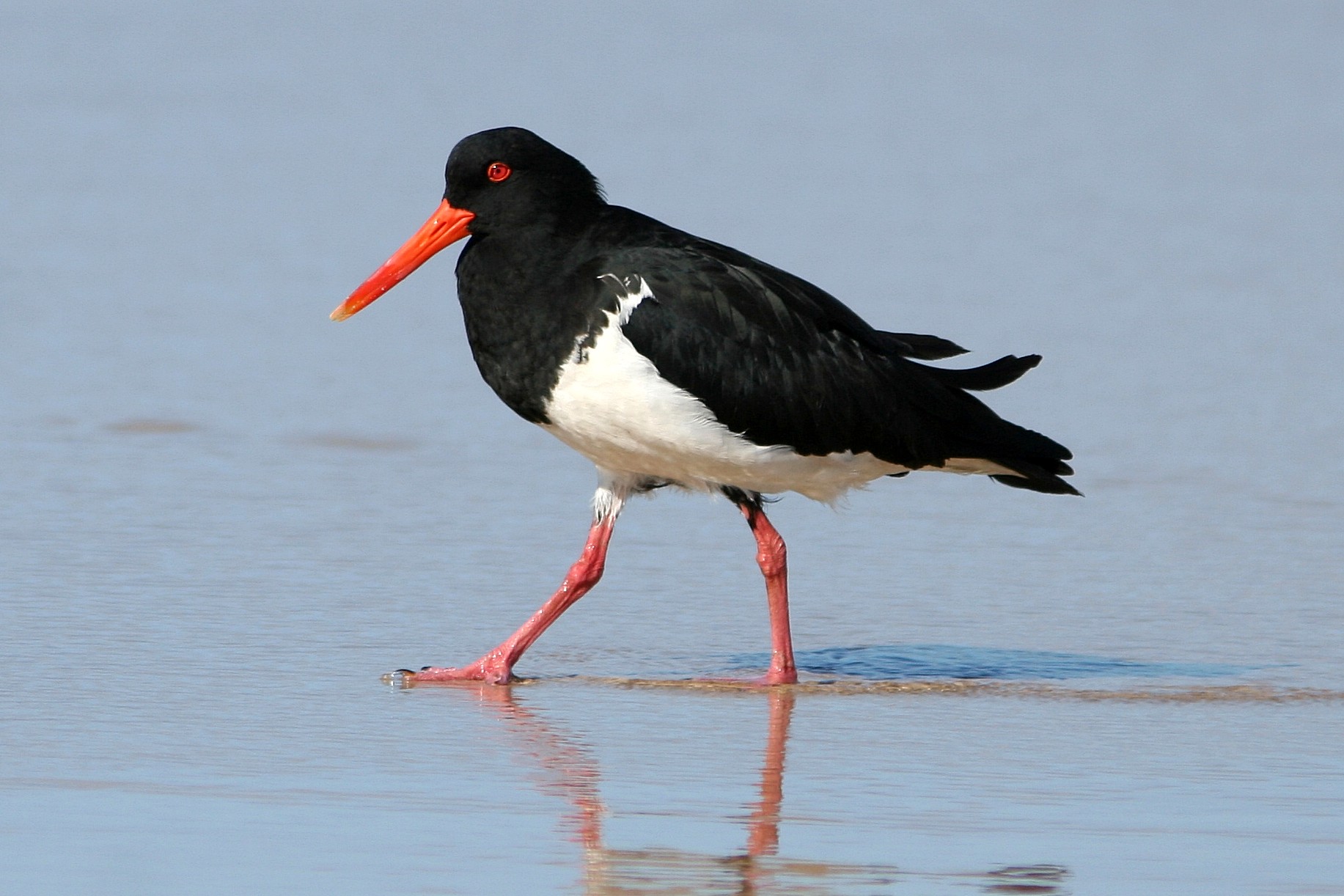 :"This species is not to be confused with the (a.k.a. "common pied oystercatcher")."

The Pied Oystercatcher, "Haematopus longirostris", is a species of . It is a wading bird native to and commonly found on its . The similar ("H. finschi") occurs in .

The name "oystercatcher" is something of a misnomer for this species, because they seldom eat , which are found mainly on rocky coastlines. Pied Oystercatchers frequent sandy coastines, where they feed mainly on , which are prised apart with their specially adapted bill.

This Australian species is easily recognized by the characteristic 5–8 cm long orange-red beak, slender pink legs and black and white plumage. With the wings extended, a white wing-stripe is also visible. The male and female show little , except that the males generally sport a shorter, wider beak.

Pied Oystercatchers feed mainly on , but also take other . The techniques they use to break open the shells of the molluscs vary greatly and are thought to be learned .

They nest in shallow scrapes made in open areas near the shore and produce 2-3 eggs in a typical clutch. Each couple protects its nesting area and often uses the same area year after year. Like the s they share the shore with, Oystercatchers will band together to mob a perceived threat.

The Pied Oystercatcher is considered Federally to be 'secure' and in NSW, Australia is listed as 'vulnerable'.

* Database entry includes justification for why this species is of least concern
* http://birdsinbackyards.net/finder/display.cfm?id=92 Bird Finder.