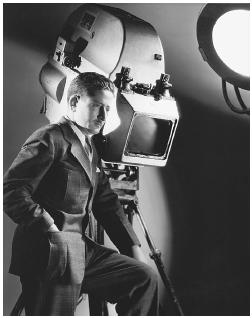 His career as a cinematographer extended fifty years from the silent film "Foolish Wives" (1922) to "Move" (1970), although he was an uncredited camera operator on two earlier films (1919 and 1920). He also was a producer of some films in the 1960s and was President of 1961-63. [ [http://www.cinematographers.nl/GreatDoPh/daniels.htm Steeman, Albert] . "Internet Encyclopedia of Cinematographers," "William Daniels page," Rotterdam, The Netherlands, 2007. Last accessed: , .]

He was quoted as saying "I didn't create a 'Garbo face.' I just did portraits of her I would have done for any star. My lighting of her was determined by the requirements of a scene. I didn't, as some say I did, keep one side of her face light and the other dark. But I did always try to make the camera peer into the eyes, to see what was there."

Daniels was born in in 1901. On his passing in 1970 in , William H. Daniels was interred in the Forest Lawn Memorial Park Cemetery in .