The Municipality of Nabas (Filipino: Bayan ng Nabas or Aklanon and Malaynon: Banwa it Nabas) is a 4th class municipality in the province of Aklan, Philippines. It is located before the town of Malay and Buruanga Peninsula at the northwest tip of Panay Island. It is a coastal town bounded on the north by Sibuyan Sea; on the south by the municipalities of Pandan and Libertad, Antique; on the east by Sibuyan Sea and Ibajay, Aklan; and on the west by Malay and Buruanga.

Nabas is politically subdivided into 20 barangays:

Accounts about the earliest community of Nabas are uncertain but the initial documentation for the town’s existence was recorded in 1845. Facing the Sibuyan Sea, the town started as a small coastal village referred to as Barrio Alimbo which extends to the hills and mountains to the west. This small community occupies the floodplains of Alimbo River where the village derived its name. Fishing and farming is the primary source of livelihood, even today except for the hunting which was common on that time because of the abundances of wild pig, monkey and deer in the area. 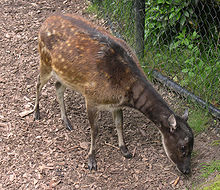 The developing populaces whose tongue and customs diverge from those of the eastern community build awareness amongst people of the west. The invasion of migrants from the nearby province of Antique continued that further emphasized the difference in dialect and culture to some extent. In 1853, their notion of a separate municipality for better living and independence serves as the foundation for taking apart of Alimbo in concert with its adjoining barrios of Nagustan, Panaytayon (Toledo), Gibon, Namao (Rizal), Kabangrosan (Union), and Pakilawa (Unidos) ceased to be a barrio to form a new municipality inevitably. The municipality was formed in 1854 and named Navas, after Governor Nava of the province of Capiz who came to inspect the area before its creation.

The Cartilla System, an early teaching methods that dominantly use the letter "b" than "v" cause the variable spelling of "Navas" and “Nabas”. In 1906, the Municipal Council in a resolution approved by unanimous vote adopted the name Nabas as the official name. 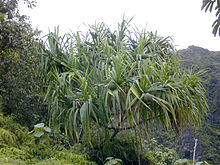 The Nabas Bariw Festival is celebrated to commemorate the feast day of St. Isidore the Farmer, the town's patron saint. It is celebrated annually from May 12 - 15. This celebration showcase the town's hat, mat and other bariw products as well as the town's unique tourism sites and natural attractions.

During this affair, various skills in mat, hat and bag making and designing are demonstrated. Among the events is a contest to produce the biggest hat and mat contest. The festival is highlighted by continuous street dancing by folks from the town's 20 barangays dressed in colorful bariw costumes accompanied by indigenous bamboo instruments.