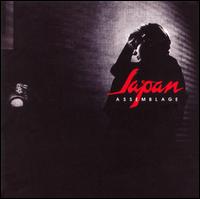 Assemblage is a compilation album by the British band Japan, released in 1981 by .

"Assemblage" collects recordings from the band's early career and Hansa Records re-released no less than six singles from "Assemblage" and Japan's back catalogue between 1981 - 1983. Both "Life In Tokyo", a collaboration with renowned producer , and "European Son" were remixed and re-issued twice.

"Assemblage" was the first of numerous Japan compilations issued by Hansa Records// but remains the only one originally released in consultation with the band members themselves.

The compilation reached #26 in the UK and spent 46 weeks on the album chart, being certified Gold by the B.P.I. in January 1983.

"Assemblage" was re-issued on CD by in 2004, then including four bonus tracks as well as two videos.