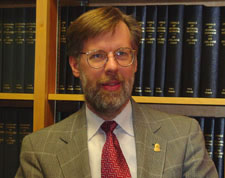 Frederick Robert Bieber (b. 09 February 1950) is a Medical Geneticist at , a member of the Faculty of Medicine at , and a Consultant at the and the .

Born in Canada, Bieber spent his early years in , a small prairie wheat farming community about 75 km NE of . He is the son of a WW II veteran of the who studied engineering at the , and a nurse who studied in Hamilton, Ontario. During his childhood in Strasbourg he developed a life long love of animals and the outdoors, and a near-obsession with farm equipment, especially farm tractors. When his family later emigrated to Rochester, NY he completed pre-college studies there and in Buenos Aires, Argentina. He attended public schools in Rochester, New York, was selected as the of the [http://www.rcsdk12.org/schools/elementary/42.htm Abelard Reynolds No. 42 School] , and is an alumnus of and of [http://www.ward.edu.ar/ Colegio Ward] in Buenos Aires, Argentina. He was active in sports and music in high school and college where developed an interest in genetics during his studies of ethics and mathematics.

During his undergraduate studies at the , he spent a summer in research at the Jackson Laboratory in Bar Harbor, Maine, where he decided that further studies in human genetics would provide an opportunity to make contributions to genetics without having to perform research on experimental animals. While a graduate student at the he became interested in researching the genetics of hearing loss after recognizing that deafness and hearing disorders was one of the few phenotypes for which positive assortative mating was common. He then moved to the (Richmond, VA)to work with Walter Nance, the preeminent geneticist/clinician working in this area under whose mentorship he earned a doctorate in human genetics. His doctoral research on the genetics of profound childhood utilized data from families with students attending the in Frederick, MD. During his graduate studies at MCV, he developed broader interests in medical genetics, specifically the genetics of human maldevelopment and he published a paper in Science announcing the first description of polar body twinning in man. Upon completion of doctoral work he moved to Boston to commence a research fellowship at the Massachusetts General Hospital under the supervision of Lewis Ball Holmes and Shirley Driscoll. He joined the Faculty of Medicine at Harvard in 1983.

His academic work, based in the Department of Pathology at the Brigham and Women's Hospital, is focused on medical genetics, clinical cytogenetics, and forensic medicine. He has participated in the publication of over 100 articles and books on these subjects, including the acclaimed book [http://www.pubmedcentral.nih.gov/picrender.fcgi?artid=1715472&blobtype=pdf] "The Malformed Fetus and Stillbirth".

Bieber teaches at Harvard Medical School where he received a teaching award in 2003. He has also taught courses at and the . He has delivered over 200 invited addresses at various universities and has served as a Visiting Professor at in Grenada and at the (UNAM) in .

Bieber was an appointed member of the World Trade Center Kinship and Data Analysis Panel (KADAP), assisting the New York City Office of the Chief Medical Examiner with the DNA-based identification of victims of the September 11, 2001 attacks on the twin towers. He participated in the identification of victims of Hurricanes Katrina and Rita, assisting the Louisiana coroners office, as a member of the Hurricane Victims DNA Identification Expert Group (HVDIEG). He has served as a consultant to many public safety agencies relating to human identification and forensic genetics. In recognition of these contributions he received awards and recognitions from the Massachuestts House of Representatives, the Massachusetts District Attorneys Association, the Massachusetts State Police, the U.S. Department of Justice, the and the State of Louisiana.

In 2001 Bieber received a Direct Presidential Commission as a Captain (O-3) in the Medical Service Corps of the and completed officer basic training at and in San Antonio, Texas. He served on active duty with both the Criminal Investigation Division (CID) at the United States Army Criminal Investigation Laboratory (USACIL) and with the Armed Forces DNA Identification Laboratory (AFDIL) of the Office of the Armed Forces Medical Examiner (OAFME) in the Army Medical Department (). In 2006 he was selected for promotion to the rank of Major (O-4).