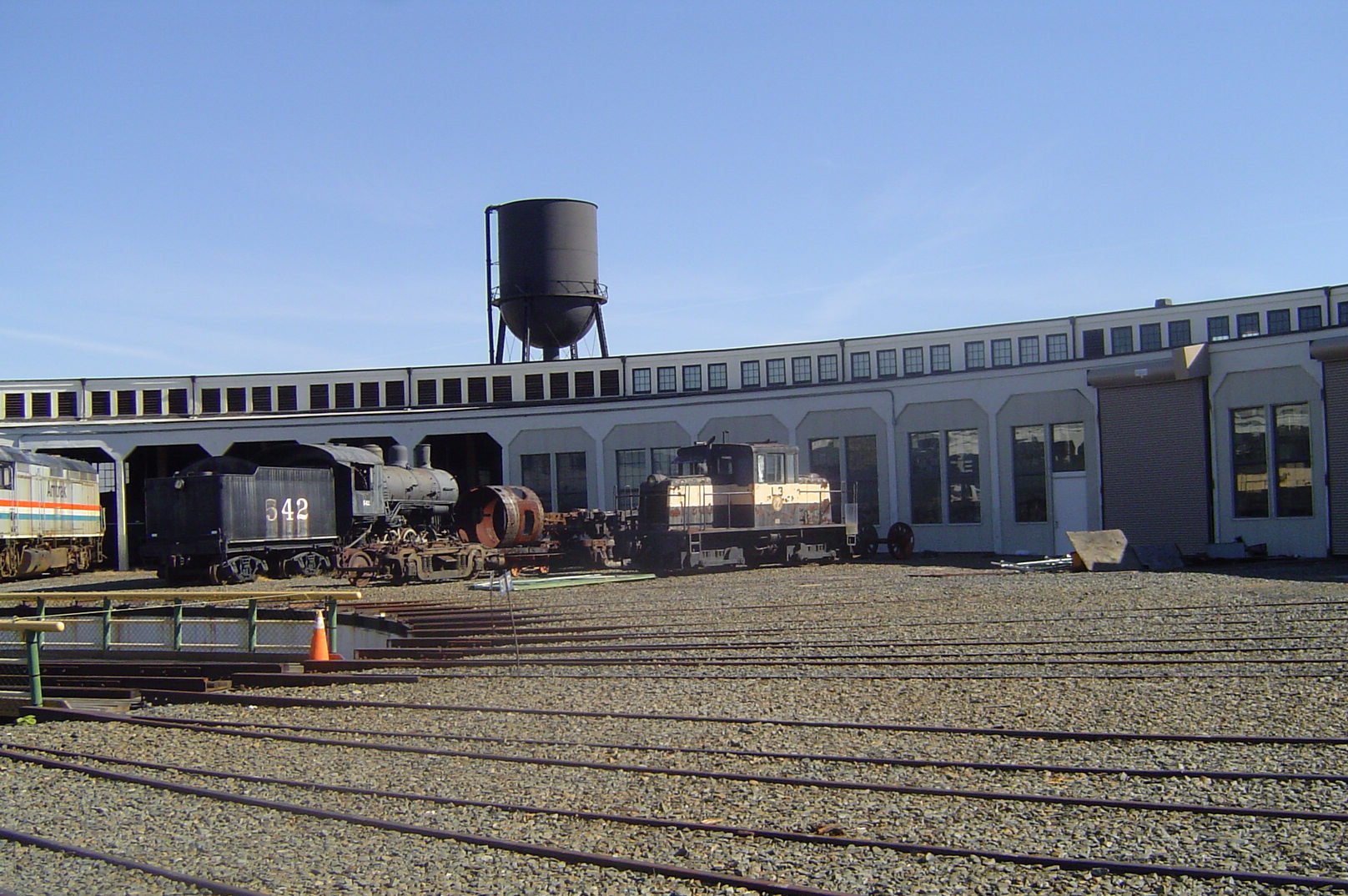 "Southern Railway's Spencer Shops" were a major steam locomotive repair facility between Atlanta and in .

These type of repair service facilities for the railroads were called "back shops". They were located in every division of a railroad system and centralized for the most extensive kinds of repairs. The Spencer Shops "back shops" were named in honor of Samuel Spencer as was the name of the new town developed for these facilities.

The original buildings included a machine shop, storehouse building, office building, wood working shop, and a combination smith and boiler shop. It even had a power plant, an automobile repair facility, and a 37-bay roundhouse where locomotives could be worked on. It employed between 2500 and 3000 at any one time.

The former Spencer Shops were located near . The conversion from steam locomotives to diesel locomotives was the demise of Spencer Shops. They are now phased out which took place in the 1950s to the 1970s. It is now the .

Samuel Spencer reorganized the Southern Railway Company in 1894 with a newly formed company from the defunct and several other defunct railroads. It then had two repair facilities, one in Atlanta and the other in Knoxville. Much of the inherited rolling stock from the acquisitions of the defunct railroads were in need of major repairs. The other "back shops" service centers could not handle this extensive service need. These facilities were "antiquated and poorly equipped and not sufficient for their purposes" as Samuel Spencer is quoted of saying. Spencer saw the need for a third major "back shop" service facility on this eastern main line between Washington D.C. and Atlanta. He reported also in the first annual meeting of June 1895 "one additional large shop may be necessary." This way the repair facilities would be divided up into segments of about convert|160|mi|km apart. The switch locomotives needed to be inspected for repair and service and refueled at this increment. The new major "back shop" service facility was proposed to be in the middle of these two major cities.

The development of the facilities for Spencer Shops started with . He was a Confederate veteran, a former state senator and Rowan county's largest landholder at the time. History records that Henderson entered into secret negotiations with Southern Railroad officials for land acquisitions for the proposed major facility to act as a type of front dummy entity to prevent price speculating. He was to buy the land secretly for the new shop complex and sell it back to the railroad at or near the low price he paid. It was already known in 1896 by the public that the Southern Railroad was looking for potential land for this facility and at the time the Charlotte area was seen as the logical choice for the complex. It would not seem unusual for the largest county landholder to acquire more land, so this plan of using a "front" person for acquiring large parcels of land for this purpose could keep the real purpose secret from the public. Most thought anyway that the facility was going to be put in the Charlotte area. In January 1896 Henderson began buying large tracts of land two miles (3 km) north of Salisbury directly on Southern Railroad's main line. He then sold most of it back to the Southern Railway for slightly more than he paid for it.

Henderson did profit however from this secret arrangement. He sold land that he owned in this area to other people that worked for the shops. At the turn of the century he even sold some land back to Southern Railway for a large profit that he had kept for himself.

The workmen constructing the shops began on March 23, 1896, turning the first shovels of convert|75000|cuyd|m3 of dirt moved in the construction. It opened for business on August 19, 1896, with Samuel Spencer presiding at the opening ceremonies.

Spencer Shops had a small army of thousands of workers. There were skilled workers as well as engineers, firemen, brakemen, and conductors. Many of these settled down in the area and the town of Spencer was formed. Initially Southern Railway partitioned 84 acres into 500 lots. They were 50 &times; 145 for residential lots and 25 &times; 145 for commercial lots. They sold for $100 each. The 625 residents of Spencer were granted incorporation by North Carolina legislature in 1901.