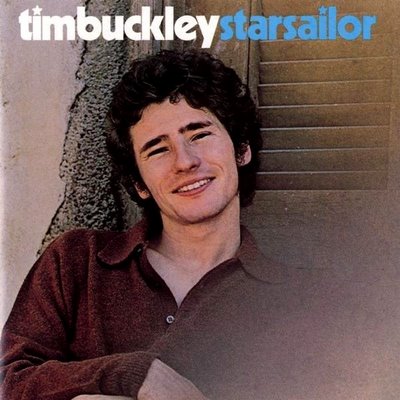 "Song to the Siren" is a song written by and his writing partner and was first released on Buckley's 1970 album "Starsailor". It was also later released on "", the album featuring a performance of the song taken from the final episode of TV show which aired on , .Sound sample box align left|Music sample:

The song was written in 1967 but Buckley was dissatisfied with the early attempts at recording the song. It would finally appear on "Starsailor" three years later.

Despite this, Buckley and Beckett regarded this song as their greatest collaboration effort, with Beckett later stating "It's a perfect match of melody and lyrics. There was some kind of uncanny connection between us."

The songs reference to the tempting sailors at sea stems from greek mythology, notably used in 's epic "". The siren is a mythical half-woman-half-bird creature which uses its beautiful voice to distract seamen and their ships. This lyrical style is an example of 's literary inspirations, and stands in direct contrast to Buckley's own writing style.

The song has become perhaps Buckley's most famous song due to a number of artists covering the song after his death in 1975. It has featured as a cover on s by on 2002 release "Dreamland", by Geoff Smith on 1997 album , and by on 1984 album "", where it was also released as a single. The single had moderate success, spending 13 weeks in the and peaking at #66 on , . [ cite web |title=This Mortal Coil single: Chart performance |url=http://www.chartstats.com/songinfo.php?id=11087 |accessdate=2008-05-10 ] This Mortal Coil was a collective name for artists on the label and and of the performed the song.

The song has also been performed live by the two previous acts and also notably by [ cite web |title=George Michael Live at Wembley review "The Guardian" |url=http://music.guardian.co.uk/live/story/0,,2100008,00.html |accessdate=2008-05-03 ] and David Gray [ cite web |title= David Gray official discography|url=http://www.davidgray.com/music/discography/AThousandMilesBehind.aspx |accessdate=2008-05-03 ] amongst others. In 2002 an English trance act, , remixed the song as "Did I Dream (Song to the Siren)" and it peaked at #28 in the UK singles chart. [ cite web |title= Chart search engine
url= http://www.everyhit.com |accessdate=2008-05-03 ] was the first to release a version of the song as it featured on his 1969 album "Departure", predating Buckley's "Starsailor" release. The track was however mistakenly labelled as "Song of the Siren" on the release.

The version by This Mortal Coil featured on 's 1997 film "" but did not appear on the film's soundtrack album. Lynch has stated that the Cocteau Twins version of the song inspired the first two albums by . Also, he had previously intended to use the original version of song on "" but was prevented from doing so due to budget limitations. The reasons for the song's expensive limitations are that it is unclear who owns not only the rights to the song, but also to its parent album "Starsailor", which has prevented a major re-release of the album.

Following the single of the song by , Buckley's work began being reappraised in the mid 1980's.

In 2005 "", a tribute album of songs by both Tim Buckley and his son, Jeff Buckley, featured a version of "Song to the Siren" by Engineers. This cover was based upon This Mortal Coil's version of the song. The song was also covered by nominee on her album Salt Rain.

The version by was also sampled by finnish drumfunk producer . The song is called and was released on .