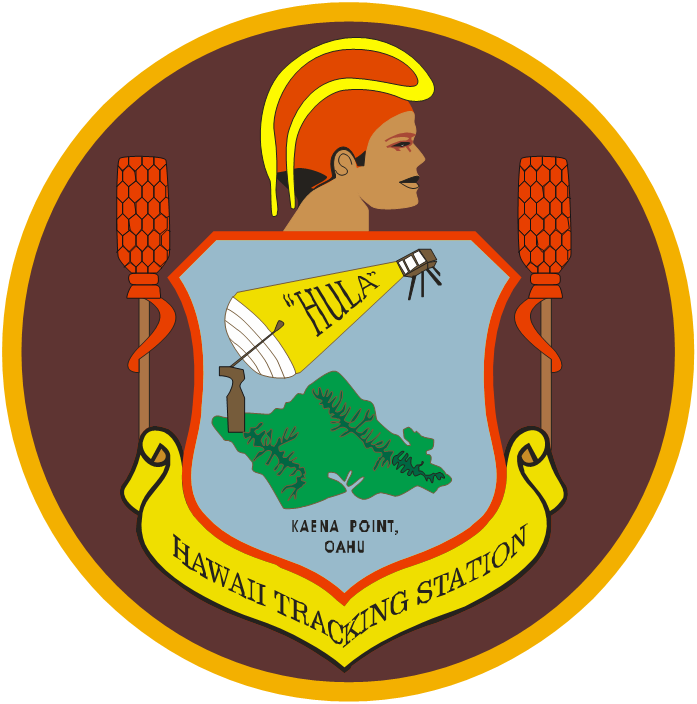 thumb|Hawaii Tracking Station emblem. By Earl Kokobun, 1983The Kaena Point Satellite Tracking Station is a Air Force installation in on the island of in . It is a remote of the responsible for tracking s in , many of which belong to the , receiving and processing data and in turn, controlling satellites by sending commands. The station originally opened in 1959 to support the highly classified Corona satellite program. In fact, there is evidence that suggests the station's presence and use for Corona may have sped the statehood of Hawai'i.

Detachment 4, , part of the , operates Hawaii Tracking Station (HTS, callsign HULA) on the site. It was constructed in 1959, one of three built that year. The facility is placed on the western-most point of the island of Oahu, atop a convert|1500|ft|m|sing=on high ridge. Originally, the facility only had one large, exposed antenna. Today it has many smaller s and access roads up and around the ridge.

Yokohama Bay state park is at the base of the ridge, with a hiking trail that goes to the point and around to the northern side of the ridge, to Mokuleia Beach. By permit (see below), the station roadways provide access is allowed to state hiking and hunting trails, as well as a camping site about convert|10|mi|km inland called Peacock Flats. Permits to get on station to hike, hunt, or camp can be obtained from the Hawaii Department of Land and Natural Resources in downtown Honolulu.