When the Business-Economics Building opened in 1962, it was the largest classroom structure on campus

The University of Texas at Austin (UT Austin) was founded in 1883, and the university's School of Business Administration was established a few decades later in 1922.[4] The school quickly grew, establishing a Master of Professional Accounting program in 1948 and offering its first executive education programs in 1955.

Effects of the 1990s technology boom and dot-com bubble were palpable in Austin, leaving the nickname "Silicon Hills" on the city. One McCombs School program that has capitalized on this is the Moot Corp, which is now the oldest operating inter-business school new-venture competition in the world. Begun in 1984, it has been dubbed the "Super Bowl of world business plan competitions."[5] Also opportunistic was the creation of the school's first Management Information Systems degree in 1990. The MBA Investment Fund, LLC was also founded in 1994, becoming the first legally constituted investment fund run by Master of Business Administration (MBA) students and proving quite successful, with a 17.5 percent annual return to date.[4] Additionally, in 1995 the college became the first to require students have an e-mail address.[citation needed]

See also: List of University of Texas at Austin buildings

The McCombs School of Business is located in the heart of The University of Texas at Austin campus. The majority of the McCombs School is housed in a three-building complex called the George Kozmetsky Center for Business Education named after, philanthropist and former College of Business Administration dean, Dr. George Kozmetsky at the intersection of 21st and Speedway Streets.[7] The McCombs School is bordered by Waggener Hall (the former home of the College of Business Administration) to the North, Gregory Gymnasium, and E. P. Schoch Building (one of the last overseen by campus master planner Paul Cret)[8] to the East and is adjacent to Perry-Castañeda Library to the South.

The Business-Economics Building (now the College of Business Administration Building), opened in January 1962. It was the largest classroom structure on campus when it was built and housed the first escalator on campus. Today, it is home to the undergraduate programs at the McCombs School and the Bureau of Business Research. The building faces Speedway Street and unlike the majority of surrounding Mediterranean Revival Style architecture structures, most of the building is faced with brick.[9]

In March 1976, Graduate School of Business Building opened next to the existing building facing 21st Street. Since its inception, the addition to the College of Business Administration Building houses the separate graduate MBA program. The addition was constructed in a rhombus shape to protect a grove of trees on the north side of the building.[3][10]

Located on the southwest corner of the UT campus, the AT&T Executive Education and Conference Center is a multi-function complex and hotel. The facility has multiple sized classrooms and breakout rooms, a 300-seat amphitheater, ballroom, three restaurants, and 297 hotel rooms. The center hosts all of the executive education programs for the McCombs School, including the Texas Executive Education and evening MBA programs.[11] It's the first building to be built to the U.S. Green Building Council’s LEED Silver certification standards on campus.[12]

A statue titled "The Family Group" by sculptor, and former UT College of Fine Arts professor, Charles Umlauf sits in the middle of McCombs Plaza at the southern entrance of the GSB Building.[13]

McCombs is made up of a total of 5,984 students, 4,318 undergraduates, 1,569 postgraduate, and 97 doctoral students.[14] All undergraduates classes are at the main campus in Austin while almost a quarter of postgraduate student classes are held outside of Central Texas in Dallas, Houston, and Mexico City.[15]

In addition to traditional graduation routes, McCombs offers a five year program where students earn their BBA and Master in Professional Accounting (MPA) degrees concurrently.[16] The Texas Business Foundations Program (Texas BFP) offers non-business majors the opportunity to grasp the fundamentals of business operations and minor in business while pursuing any undergraduate program at the University of Texas at Austin. Students in the Business Foundations Program take seven business courses (two lower-division and five upper-division) in addition to their existing undergraduate course work. Students who complete the program are capable of integrating their major into future their career.[17]

Admission to the McCombs School is highly competitive.[18] In Fall 2009, out of the 6,391 freshman applicants, only 1,375 were admitted to the undergraduate program.[19] Unlike most colleges & schools at The University of Texas at Austin and the university itself, McCombs does not accept spring or summer applications. Prospective students must apply for admission only during the fall semester.[18] Both undergraduate and postgraduate applicants have similar admissions requirements. Applicants are evaluated based on multiple letters of recommendation, essays, transcripts, and a resume.[20] Postgraduate applicants however are encouraged to have at least two years of full-time work experience and are required to take the Graduate Management Admission Test (GMAT).[21]

The McCombs School of Business awards the degrees of Bachelor of Business Administration (BBA), Master of Business Administration (MBA), Master in Professional Accounting (MPA), Master of Science in Technology Commercialization (MSTC), Doctorate of Philosophy (PhD), as well as certificates upon completion of non-degreed Executive Education programs.[22] Programs awarding doctoral degrees at the McCombs School of Business are divided in five academic departments, Accounting, Finance, Information, Risk, and Operations Management (IROM), Management, and Marketing.[22] A sixth department, Business, Government and Society, was created in 2010 and does not award a doctoral degree.

The Business Honors Program (BHP) at the University of Texas at Austin (UT) strives to equip outstanding students with the analytical tools and interpersonal skills needed for careers of leadership in business and other professions. An innovative degree program within the highly ranked business school—the McCombs School of Business—the BHP is designed to provide intellectual challenge and professional development for students with exceptional academic abilities and leadership skills. BHP combines the benefits of a small, close-knit community with the vast resources of the University of Texas at Austin.

BHP core courses are accelerated and modeled after those taught in the MBA program. BHP courses are taught by some of the McCombs School's most experienced faculty. Emphasis is placed on class discussion and presentations, case study analysis, and the research of actual business decisions. Enrollment in BHP classes is restricted to students in the program, and the small class size (generally 30-45 students) facilitates interaction among students and faculty. It is the combination of small classes and BHP specific programming that creates a truly unique and welcoming learning community. http://new.mccombs.utexas.edu/BBA/BHP.aspx

McCombs is home to over a dozen collaborative research centers focused on various business and investment sectors. Research centers are part of the academic departments and research information within that department according to the center's specialty.

See also: List of University of Texas at Austin alumni 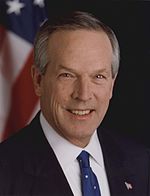 Graduates from McCombs receive competitive salaries and are solicited by some of the best companies in the world. Top recruiters at McCombs historically include PriceWaterhouseCoopers, Ernst & Young, Deloitte, KPMG, JP Morgan Chase, Dell, Citigroup, Microsoft, Chevron, and BP.[79]

Main article: List of University of Texas at Austin faculty#McCombs School of Business

As of the 2009–2010 school year, the McCombs School employs 220 full-time equivalent faculty and currently maintains a student-faculty ratio of 27:1.[15] McCombs is headed by Dr. Thomas W. Gilligan who took over as dean in 2008 when George W. Gau stepped down after six years in the previous position.[86] Prior to joining the McCombs School, Gilligan held a variety of positions at the University of Southern California from 1987 until 2008.[87]

The average SAT and ACT scores for an admitted freshman in Fall 2009 were 1278 and 29 respectively. 679 enrolled McCombs freshman were Texas residents while only 96 were enrolled from out of state. There were also 24 foreign freshman enrollments. While 415 enrolled freshman were Caucasian, just under half of the enrolled students were minorities.[88]