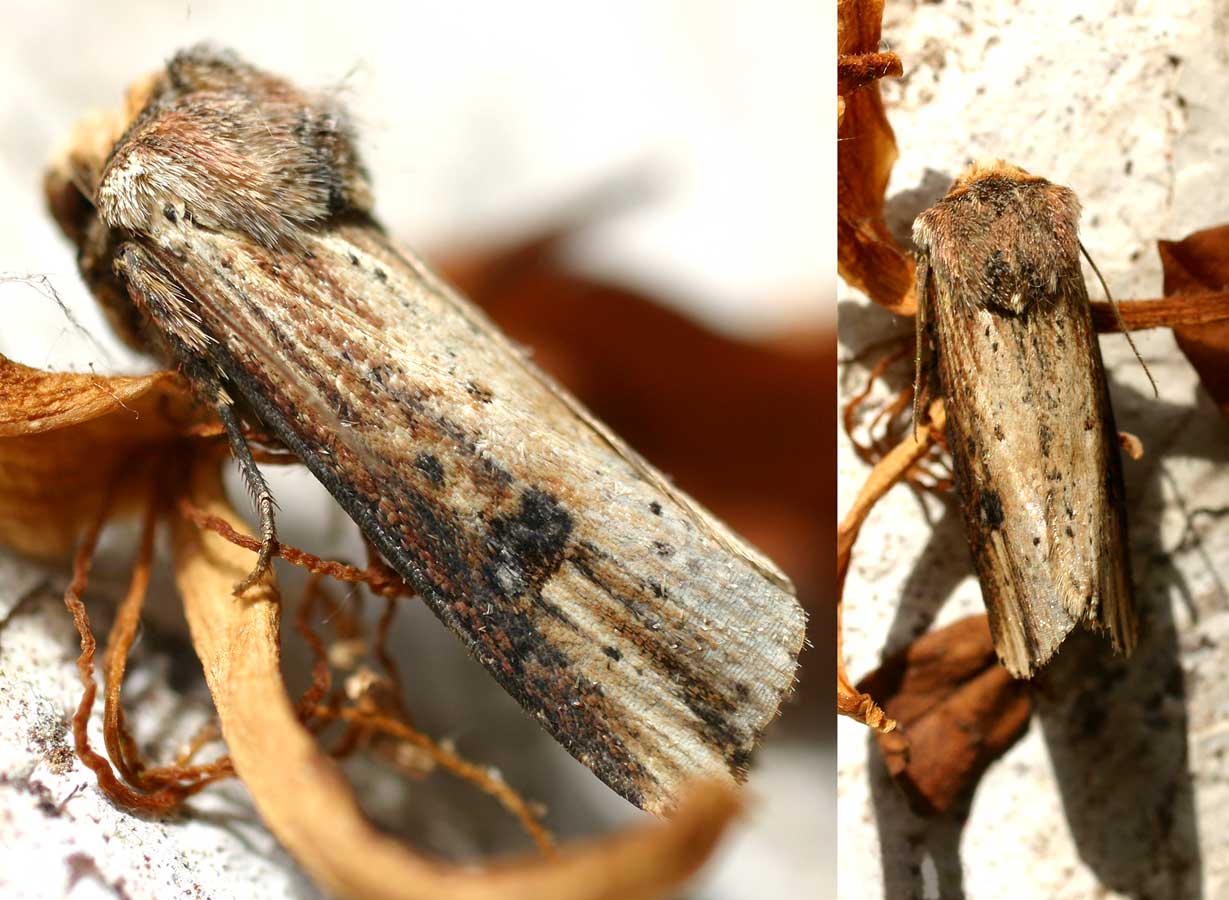 The Flame ("Axylia putris") is a of the family . It is found throughout .

This species has creamy-buff forewings (sometimes tinged with red) with black streaking along the costa. The hindwings are whitish with a dark line along the margin. The is 30-36 mm. Unusually for a noctuid, this moth rests with its wings wrapped tightly around its body making it resemble a broken twig. It flies at night in June and July (sometimes a second brood is produced which flies in September) ref|flight_season and is attracted to light.

The is grey or brown with black markings and a hump at the rear end. It feeds on a variety of s and other plants (see list below). The species overwinters as a .

# "The flight season refers to the . This may vary in other parts of the range."