Out of the Valley is a 1994 album by contemporary folk singer-songwriter John Gorka. This is Gorka's fifth album and unlike the previous four recorded in various places in the northeastern United States, Out of the Valley was recorded at Imagine Sound Studios in Nashville, Tennessee. This is also the first of several Gorka albums to employ the talents of guitarist/producer John Jennings.

Guest vocalists include country music superstars Kathy Mattea and Mary Chapin Carpenter among others. Guest instrumentalists include guitarist Leo Kottke, Fairport Convention drummer Dave Mattacks, and bluegrass virtuosos Jerry Douglas and Tim O'Brien. A notable absence is the voice of Lucy Kaplansky whose background vocals have been a feature of all other Gorka albums.

This is perhaps Gorka's most commercial album and is his only work to have ranked on one of Billboard's charts. It peaked at # 26 on the "Heatseekers" chart. Reactions to the increased level of commercial production in Gorka's folk music were varied. Allmusic states: "...many of the dense musical arrangements do a disservice to his powerful voice."[1] Meanwile a review in Sing Out! reads: "...nowhere does star power take precedence over bringing out the best in these songs. Congratulations are due to both Gorka and to producer John Jennings."[2] The songs are more upbeat than some of Gorka's earlier works and generally better suited to a the more glossy production.[1] Gorka's writing, however, remains strong. Sing Out! states that "Out of the Valley... reveals a mature artist with a keen sense of observation with equal parts humor and compassion."[2] "The Valley" in Gorka's title is a reference to Pennsylvania's Lehigh Valley and as with Gorka's previous albums a number of songs feature stories and characters that are based on Gorka's experiences living in this area that surrounds Bethlehem, Pennsylvania.

High Street Records also offered a limited release promotional EP titled Motor Folkin' with alternative mixes of songs from the Out of the Valley recording sessions.

All songs written by John Gorka except where noted.

"Good Noise" is an upbeat gospel-tinged song that promotes a bright optimism not often found in Gorka's earlier work. High Street Records promoted this song with a music video that appeared on media such as CMT. Cover versions include a recording of the song by the Scottish folk band, The John Wright Band for the 2001 album, Language of the Heart.

Gorka never explicitly names the subject of "That's Why". Listeners, however, are able to ascertain much from various references. The following lines about a commemorative stamp are just one example:

The fat man's gone the thin one stayed
Still flashy in that gold lame'
Lick his back and press him down
Mail him to another town
That's why, why they say he's still alive

"That's Why" is not Gorka's only tribute to the "King of Rock'n'Roll", for another see the 2006 Billy C. Wirtz album, Sermon from Bethlehem, for a recording of "The King & I", a tune penned by Gorka and Fred Koller.[4]

According to Sing Out! "Carnival Knowledge" is a tragic story of a circus clown whose grease paint provides his only escape from the depths of low self-esteem."[2]

"Talk About Love" is another one of Gorka's happy blue-inflected love songs. The as with the track, "Good Noise" the liner notes describe Jonell Mossers' work as "Testifying vocals".

Sing Out! called "Furniture", a "song of critical self-examination without self-pity."[2]

According to Allmusic, "the track "Mystery to Me" reveals [Gorka's] wicked sense of humor about the mysteries of attraction."[1]

Like many songs in Gorka's earlier catalog, "Out of the Valley" draws on Gorka's experiences living in Pennsylvania's Lehigh Valley. It was sometime around the time of the recording of this album that Gorka himself moved out of "The Valley" and began the transition to his current home in Minnesota. 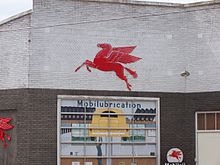 "Flying Red Horse" has been described as a "fantasy of freedom inspired by a gas station sign."[2] Gorka shares his vision of the Mobil logo coming to life and escaping to the sky. While the song is delivered in a serious tone Gorka manages to inject a fair amount of humor:

A reviewer for Allmusic preferred the relatively simple production. He wrote that this track, "in which the only instrumentation is a guitar and the voices of Gorka and Mary Chapin Carpenter, demonstrates an amazing imagination and an ability to captivate with great storytelling."[1]

Sing Out! stated that "Up Until Then" offers a scene of local characters "that would make Tom Waits proud."[2]

Motor Folkin' was a 1994 limited issue promotional EP released by High Street Records. Perhaps the track of greatest interest from this release was the live solo version of "Furniture" recorded at "The Mountain", KMTT in Seattle, Washington.[5] Remixes of "Mystery to Me" and "Good Noise" were also included, as was an in-studio recording of "Campaign Trail".[6] A final mix of "Campaign Trail" was not released until 1996 on Gorka's Between Five and Seven.