The Type 23 frigate is a class of frigate built for the Royal Navy of the United Kingdom. All the ships were first named after British Dukes, thus the class is also known as the Duke class. The first Type 23 was commissioned in 1989, and the sixteenth, HMS St Albans was launched in May 2000 and commissioned in June 2002. They form the majority of the Royal Navy's destroyer and frigate fleet.

Three of the frigates have been sold to Chile and serve with the Chilean Navy. The remaining thirteen remain in service with the Royal Navy.

When first conceived in the late 1970s, the Type 23 was intended to be a light anti-submarine frigate to counter Soviet nuclear submarines operating in the North Atlantic. The Type 23 would be replacing the Leander class frigates (which had entered service in 1960s) and the Type 21 frigate (a general purpose design that recently entered service) as "the backbone of the Royal Navy's surface ship anti-submarine force".[5] Although not intended to replace the Type 22 frigate, reductions in the size of the Navy due to the 1998 Strategic Defence Review led to HMS St Albans replacing HMS Coventry, a Type 22 frigate.[6]

The ships were intended to carry a towed array sonar to detect Soviet submarines in the North Atlantic and carry a Westland Lynx or EHI Merlin helicopter to attack them.[7] It was initially proposed that the frigates would not mount defensive armament. Instead the Sea Wolf missile system was to be carried by Fort Victoria class replenishment oilers, one of which was to support typically four Type 23s. The Fort class oilers would also provide servicing facilities for the force's helicopters; the Type 23 would have facilities only for rearming and refuelling them.

As a result of lessons learned from the Falklands War, the design grew in size and complexity to encompass the Vertical Launch Sea Wolf (VLS) system with an extra tracking system as a defence against low-flying aircraft and sea-skimming anti-ship missiles such as Exocet.[7] With the addition of Harpoon surface-to-surface missiles and a medium calibre gun for naval gunfire support, the Type 23 had evolved into a more complex and balanced vessel optimised for general warfare, which introduced a host of new technologies and concepts to the Royal Navy. These included extensive radar cross section reduction design measures, automation to substantially reduce crew size, a Combined diesel-electric and gas (CODLAG) propulsion system providing very quiet running for anti-submarine operations along with excellent range, vertical launch missile technology and a fully distributed combat management system.

The Vertical Launch Sea Wolf surface-to-air missile system was designed for and first deployed on the Type 23. Unlike conventional Sea Wolf, the missile is boosted vertically until it clears the ship's superstructure and then turns to fly directly to the target. Consequently, the ship's structure does not cause no-fire zones that would delay or inhibit missile firing in a conventionally launched system.

The class are currently going through mid-life refits which last 12-18 months and cost £15-20m. Aside from refurbishment of the mess decks and drive train, the ships are being fitted with a transom flap which can add up to 1 knot to the top speed[9] and reduce fuel consumption by 13%, and Intersleek anti-fouling paint which added 2 knots to the top speed of Ark Royal.[10] Although the top speed of the Duke class is commonly quoted as 28 knots, the caption of an official Navy photo suggests that Lancaster was capable of 32 knots even before her mid-life refit;[11] Edinburgh managed over 34 knots after her refit.[12] The Sea Wolf Mid Life Update (SWMLU) improves the sensors and guidance of the missiles, point defences are further improved with new remotely-operated 30mm guns, and Mod 1 of the Mk8 main gun has an all-electric loading system and a smaller radar cross-section. The communications and command systems are also upgraded. Iron Duke will be the first to receive the Type 997 Artisan main radar during her refit in 2012-13,[13] and the class will replace Sea Wolf with the CAMM(M) variant of the Common Anti-Air Modular Missile from 2016.[14] CAMM has a longer range (25 kilometres (16 mi) compared to 8 km) and can be packed much more tightly, with up to four CAMM fitting into the space occupied by one Sea Wolf.[15]

Although the Type 23 is officially the "Duke" class, and includes such famous names as HMS Iron Duke, (which had been the name of the battleship HMS Iron Duke, Admiral Jellicoe's flagship at the Battle of Jutland), five of the names had previously been used on classes known as the "County class": Kent and Norfolk were names given both to 1960s guided missile destroyers and Second World War-era County class heavy cruisers, while Monmouth, Lancaster, Kent and Argyll revived names carried by First World War-era Monmouth class armoured cruisers. This use of Ducal and County names broke a tradition of alphabetical names for escort ships which had run in two – not unbroken – cycles from the L-class destroyers of 1913 to the Daring-class destroyers of 1950; this progression was revived with the Amazon-class Type 21 frigates of 1972–75, and continued with B and C names for most of the Type 22 frigates of 1976–89. However, the D names have since been used for the new Type 45 Daring-class destroyers now entering service from 2009. 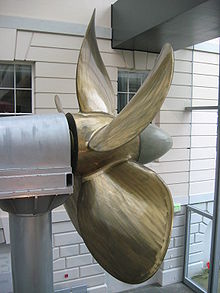 Note: Type 23's Search Radar will be replaced by BAE Systems Insyte Artisan 3D Radar. The radar also equips the Albion and Ocean class Assault Ships, and will be on the two future Queen Elizabeth class aircraft carriers. The project was worth £100 Million and the contract was announced in 4 August 2008.[16]

The first few Type 23 frigates entered service without a computerised command system, so the Secretary of State for Defence was asked "what ability those type 23 frigates not fitted with an automated command and control system will possess to identify aircraft as either friendly or hostile." The reply given was that: "The classification of an aircraft as friendly or hostile is based on information from a variety of sources including the ships identification friend or foe (IFF) system and other sensors. In T23 frigates not fitted with a command system this information will be available but will not be correlated automatically."[17]

As reported by the Navy in January 2006, all the ships were operating one helicopter each. The Lynx Mark 3 was operated by HMS Sutherland, and the Lynx Mk 8 was operated by the Argyll, Montrose, Saint Albans, Iron Duke, Kent, Portland, Somerset, and Grafton.[19][20] HMS Lancaster, Monmouth, Westminster and Northumberland operated the Merlin Mk 1.[20] By 2010, Sutherland was operating a Merlin.[21]

Five Type 23 frigates, HM Ships Montrose, Monmouth, Iron Duke, Lancaster and Argyll are not scheduled to receive Sonar 2087. These ships will be employed across the normal range of standing strategic, home and overseas commitments. These include Fleet Ready Escort duties around home waters, operational deployments to the Gulf and Arabian Sea, and standing tasks in the South Atlantic (APT(S)), Caribbean (APT(N)) and within NATO's Standing Maritime Group in the Mediterranean (SNMG2). They will also continue to contribute to the UK's Maritime Joint Rapid Reaction Force (JRRF) held at high readiness for contingent operations, and deploy on pre-planned activities as JRRF elements within a Task Group."[22]

As of July 2010, six of the thirteen Type 23s in service are equipped with 2087 Sonar,[23] and MoD "plan to fit a further two with it by 2013. Following the withdrawal from service of the Nimrod MR2, other assets, including the Type 23, are providing cover for some of its tasks."[24]

Unlike the Types 22 and 45, the "Type 23 frigate does not have the capability or configuration to act as flagship and is not tasked in this way."[25]

Prior to the Falklands War the cost of the Type 23 frigates was estimated at £75 million (September 1980 prices)[26] Changes following the experiences in the Falklands, including improved damage control and fire precautions[27] led to an increased cost estimated at £110 million (1984–85 prices)[26] By 2001, the Ministry of Defence said the cost of HMS Norfolk was £135.449 million and the remaining ships would have a final cost between £60 million and £96 million each[5]

The costs in the table below are in two columns:

The Government's declared policy for construction contracts for Type 23 was "...competition, the aim being to secure best value for money for the defence budget." while maintaining "sufficient warship-building capacity to meet likely future defence requirements and a competitive base"[17]

Contracts placed under the SSS Programme

In February 1998, it was stated that: "Type 23 frigates achieved approximately 85–89 per cent average availability for operational service in each of the last five years with the exception of 1996 when the figure dropped to just over 80 per cent due to a number of ships experiencing a particular defect. This discounts time spent in planned maintenance."[18]

On 21 July 2004, in the Delivering Security in a Changing World review of defence spending, Defence Secretary Geoff Hoon announced that HMS Norfolk, Marlborough and Grafton were to be paid off. In 2005 it was announced that these three vessels would be sold to the Chilean Navy, to be delivered in 2008. In September 2005 BAE Systems was awarded a £134 million GBP contract to prepare the frigates for transfer.

The Marlborough, Norfolk and Grafton were sold to Chile for a total of £134 million.[35] The letter of intent for purchase was signed in December 2004, followed by a formal contract on 7 September 2005.[46]

The Royal Navy’s current Type 22 and Type 23 frigates will be replaced by the Future Surface Combatant programme, of which the first vessel (of the C1/Type 26 variant) is planned to enter service around 2020.[48]