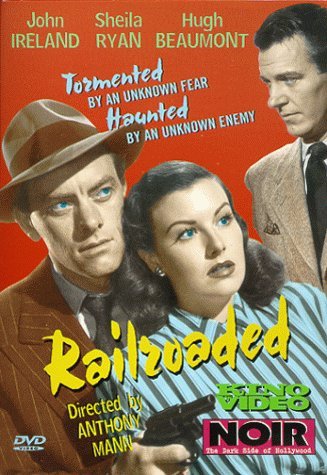 The innocent owner of a car used in a back-room bookie operation robbery is "railroaded" (or framed) for the killing of a cop during the getaway. Police detective Mickey Ferguson (Hugh Beaumont) at first thinks the boy is guilty despite his attraction for his sister Rosa. The two work together to prove the boy innocent even though he was accused of the killing during a death bed confession by one of the robbers. John Ireland plays Duke Martin, a gangster who helped plan the crime in an attempt to skim off of his boss' money.