"This article is about the Chinese-American mathematician."For|the writer and mayor of St Paul|Laurence C. HodgsonInfobox_Scientist
name = Yu-Chi "Larry" Ho 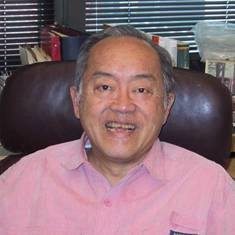 He is well-known as the co-author of "Applied Optimal Control", the top referenced work on the subject of ,

Yu-Chi Ho was born on , in and came to the at the age of 15 in 1949. After finishing the last year of high school in 1950, Ho was accepted to the where he received a in in the summer of 1953, at the age of 19. Ho later reported that his initial interests were in , due to a childhood experience repairing an European ornamental clock without any previous knowledge of its mechanisms. His application to MIT mechanical engineering, however, was routed to the electrical engineering department by mistake, and Ho decided to stay in the department. [ [http://www.sciencenet.cn/blog/user_content.aspx?id=23182 On Research and Education (#11) Changing Research Direction and Field of Endeavor] ] Ho continued his graduate studies at MIT, receiving a degree in in 1955.

After working for for three years, Ho moved to in 1958 where he completed a in in 1961. His thesis "A Study Optimal Control of Dynamic Systems" was advised by and .

After finishing his Ph.D. in the spring of 1961, Yu-Chi Ho left for a summer job in , skipping the graduation ceremony.

Yu-Chi Ho is a member of the U.S. and a foreign member of the and the . He is also an Life Fellow and an INFORMS Inaugural Fellow, and a Distinguished Member of the IEEE Control Systems Society. In addition to services on various governmental and industrial panels, and professional society administrative bodies, he was the program chairman for the IEEE Conference on Decision and Control 1972, the general chairman of the IEEE Robotics and Automation Conference 1987, and President of the IEEE Robotics & Automation Society in 1988. Ho co-founded Network Dynamics, Inc., a software firm specializing in . He is on the editorial boards of several international journals and is the founding editor-in-chief of the international Journal on Discrete Event Dynamic Systems.

Yu-Chi Ho was the founder and the first chair of the annual United Asian American Dinner of Massachusetts. He also served as the Chairman of the Board of Greater Boston Chinese Cultural Association from 1995 to 1998, the President of the New England Chapter of the Organization of Chinese Americans from 1982 to 1985, a board member of the Mass Endowment for Humanities from 1985 to 1989, and a founding member and member of the steering committee of the 80-20 Initiative, a national political movement for Asian Americans.

Ho became a naturalized citizen of the United States in 1961. He proposed to his wife Sophia on , 1959, [cite web |url=http://www.sciencenet.cn/blog/user_content.aspx?id=15663 |title=A Valentine Day Tribute to My Wife |author=Yu-Chi Ho |date=2008-02-12 |accessdate=2008-05-20] and they have three children, Adrian, Christine and Lara, born in 1961, 1963, and 1973, [ [http://www.sciencenet.cn/blog/user_content.aspx?id=15214 The Family Automobile Trip and vacation in the US] ] two of which received Ph.D. degrees. They currently reside in . Since April 25, 2007, Ho blogs on ScienceNet.cn, a science blog network sponsored by the Chinese Academy of Engineering and the Academy of Sciences. [http://www.sciencenet.cn/blog/何毓琦.htm]

Yu-Chi Ho's research in control theory began when he was a graduate student at MIT. His first paper published in 1955, titled "time-domain compensation for closed-loop systems by a delay line method", presented a new approach to the synthesis and analysis of closed-loop systems in the .

] an in-depth investigation of the theory of proposed by Kalman in 1961 (then known as the Kalman-Bertram condition).

After joining the faculty of Harvard University, Ho developed the in with his first Ph.D. student, .