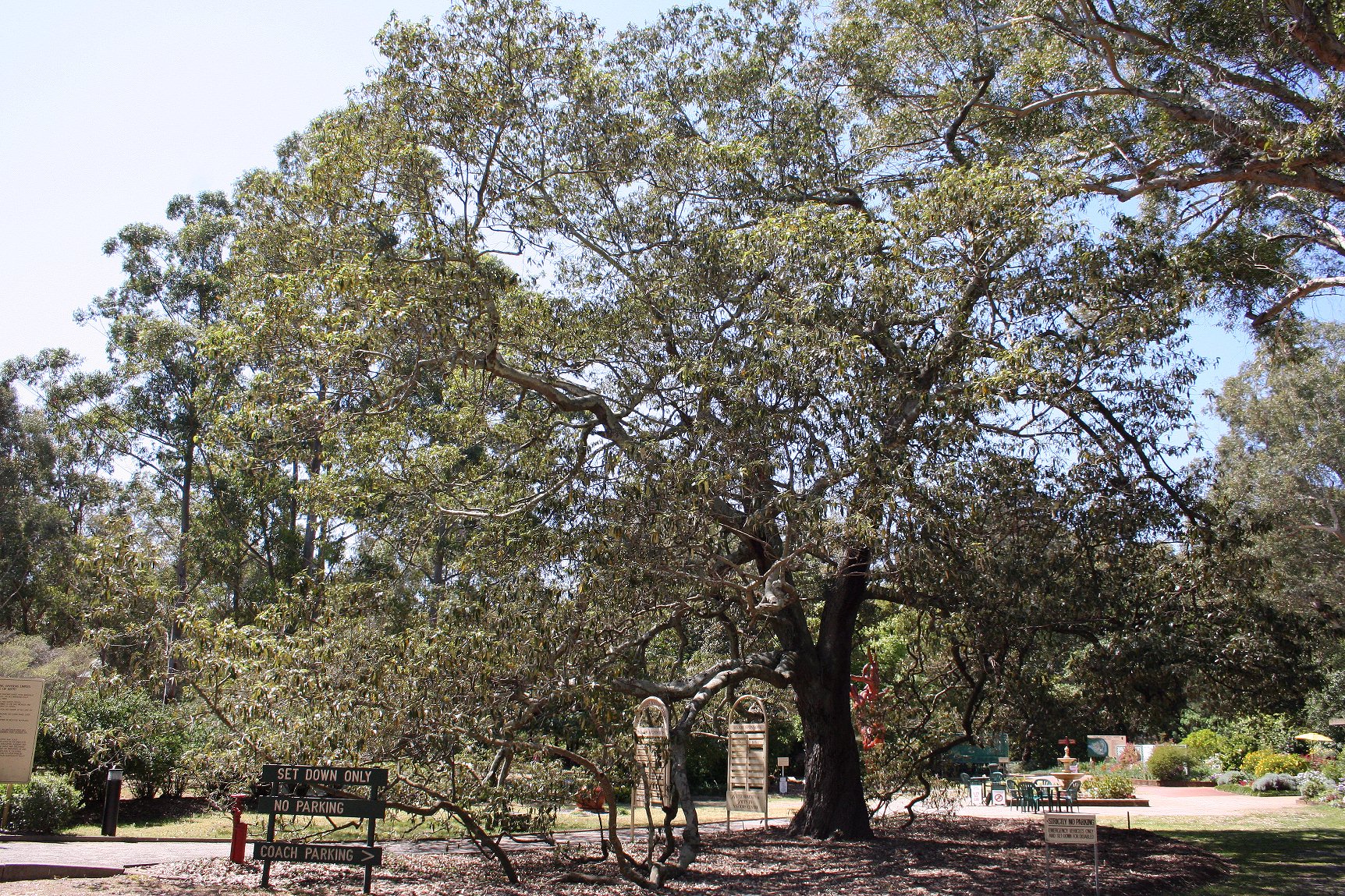 "Alphitonia excelsa", commonly known as the Red Ash or Soap Tree, is a species of in the family. It is endemic to , being found in New South Wales, Queensland, Northern Territory and the northeastern tip of Western Australia. It is used in as a and for amenity planting.

"Alphitonia excelsa" was first described by and reclassified by . One of 20 species of the genus "" in Australia and the Pacific Islands, its specific epithet is derived from the "excelsus" 'tall'. [cite book|author = Simpson DP| title = Cassell's Latin Dictionary | publisher = Cassell Ltd.| date = 1979|edition = 5|location = London|pages = 883| isbn=0-304-52257-0] Other common names include Red Almond,

It grows in forests, and , s and s of from (previously known as Mt Dromedary) northwards along the coast and inland to the Pilliga scrub, though and the and into the northwest of Western Australia. [cite web |url=http://plantnet.rbgsyd.nsw.gov.au/cgi-bin/NSWfl.pl?page=nswfl&lvl=sp&name=Alphitonia~excelsa |title="Alphitonia excelsa" (Fenzl) Benth. |accessdate=2008-04-24 |author=Harden GJ |date=1990 |work=Plantnet - New South Wales Flora Online |publisher=Royal Botanic Gardens, Sydney] Inland forms can be stunted in appearance. It prefers sandy soils.

Trees are quick growing in cultivation.