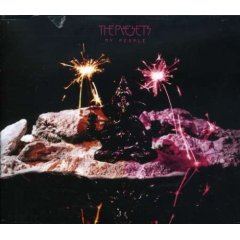 The song was written by about in Australian detention centres. "I wanted to write a song about [...] this horrible phenomenon where people come out here in search of a better life and we lock them up. I felt so horrible about the way we treat these destitute people that I wanted to write a desperate-sounding song – the line 'let me hear you scream if you're with me' could be understood to come from the perspective of someone who is locked up, needing to hear that there are people outside who are behind him and supporting him." [cite web |url = http://www.ravemagazine.com.au/content/view/8328/30/ |title = The Presets |accessdate = 2008-05-01 |author = Duncan, Alasdair |date = 2008-04-01 |publisher = "Rave Magazine" ] said "In a lot of ways [the song is] a 'mega-mix' of three or four Presets ideas and it's a really glued-together, solid Presets [song] . It's very informed by the touring process and crowd reactions." [cite web |url = http://www.centralstation.com.au/articles/2008/The%5FPresets%5FInterview/ |title = The Presets Interview |accessdate = 2008-05-01 |author = Weaver, Andrew |date = 2008-04-28 |publisher = centralstation.com.au ]

This song has frequently been used during Channel Seven's coverage of the 2008 Beijing Olympics, the 2008/09 season and the 2008 ARIA Awards. This song can also be heard during home matches.