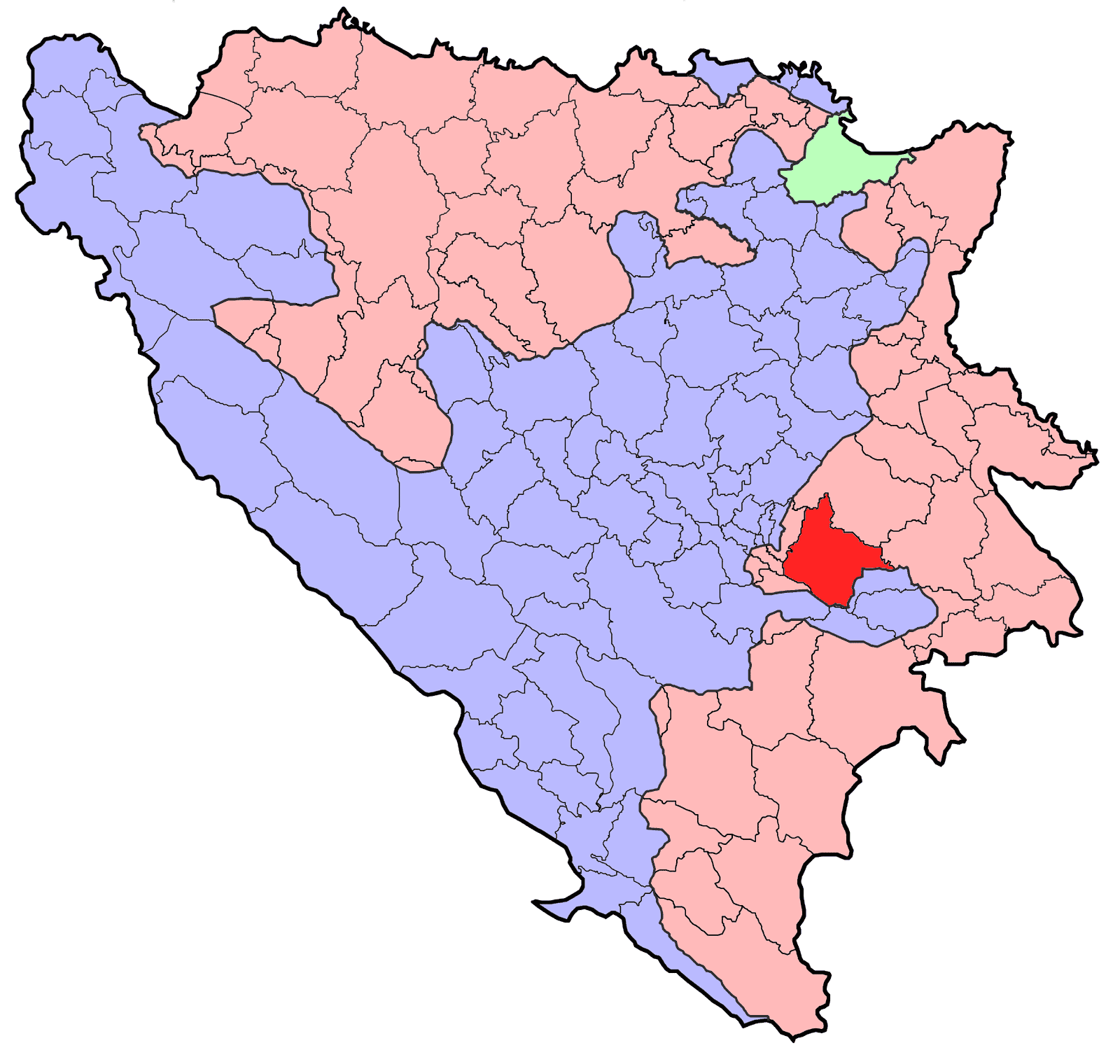 Pale (: Пале) is a town and a in , , located southeast of Bosnia's capital . The municipality of Pale is one of the municipalities of the City of .

Prior to the , Pale was a remote suburb of Sarajevo; following the population redistribution on the basis of ethnicity in Bosnia during and after the , it began to more closely resemble a proper town, which it does, today.

The pre-war Bosniak part of the Pale municipality known as is now in the (the ).

Today there are about 30,000 inhabitants in Pale, many of them that moved from .

Pale is additionally referred to by its Serb inhabitants, and in fact by many of the inhabitants of the (), as '', or ''. However, the distance of about convert|10|km|mi|0|abbr=on separates the borders of the actual city of Sarajevo and Pale itself. Pale continues to be referred to as Serb Sarajevo due to the fact that, after the Dayton Peace Accords, Sarajevo-proper was designated as belonging to the , but Bosnian Serbs, having lived in Sarajevo for generations themselves, wanted to retain some claim to their city. As a result, in an attempt to echo belonging to Sarajevo, and stake some claim to it, Pale, the closest Serb settlement to Sarajevo (within the Serb Republic), became known as and referred to as Serb Sarajevo, albeit with a hint of sarcasm by many people, without regard to their ethnicity. The town is, in reality, removed geographically from the city of Sarajevo and shares no metropolitan features with the city itself. It is home to its own post office, University buildings, etc.