The head of Aman is the highest intelligence officer in the IDF and engages in intelligence decision and policy-making at the same level as the heads of the Shabak and the Mossad: together, they form the three highest-ranking, co-equal heads of the Israeli Intelligence Community, focusing on the military, domestic (including the Palestinian territories), and foreign intelligence fronts respectively.

On June 10, 2005, then-IDF's Chief of Staff, Lieutenant General Dan Halutz, in a move viewed as surprising, announced that Major General Aharon Zeevi-Farkash would be replaced by Major General Amos Yadlin. Yadlin, who had been serving as the IDF's military attaché in Washington, D.C., was a combat pilot, former head of the air force's Air Intelligence Directorate, and Halutz's deputy. Yadlin was appointed as Aman Director on January 5, 2006, with Zeevi-Farkash having served an extended term. In November 2010 Yadlin was replaced by Major General Aviv Kochavi. 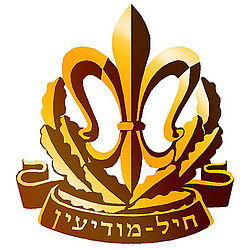 The IDF's Intelligence Corps (חיל המודיעין), abbreviated as Haman and headed by a Brigadier General, has been detached from Aman since the Yom Kippur War, but remains under its jurisdiction.

In April 2000, the newest IDF corps was founded (the IDF's fifth land corps), the Field Intelligence Corps (חיל מודיעין השדה), abbreviated as Modash (מוד"ש). It was designed to fulfill some of Aman's former combat intelligence functions, and is also headed by a Brigadier General. Unlike Haman, however, Modash falls under the operational jurisdiction of the GOC Army Headquarters, abbreviated as Mazi (מז"י), and currently headed by Major General Yiftach Ron-Tal (as of June 10, 2005, outgoing: to be replaced by Major General Benny Gantz, outgoing head of GOC Northern Command). It still falls under Aman's professional jurisdiction however.

In 1976, according to the Lexicon of National Security, some of Aman's principal roles consisted of: