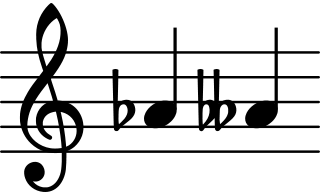 Figure 1. The notes A flat and A double flat on the treble clef.

In music, flat, or Bemolle (from German bemollen, "to make minor" [as, e.g., a third interval]), means "lower in pitch"; the flat symbol lowers a note by a half step.[1] Intonation may be flat, sharp, or both, successively or simultaneously. More specifically, in music notation, flat means, "lower in pitch by a semitone (half step)," and has an associated symbol (♭), which is a stylised lowercase "b" that may be found in key signatures or as an accidental, as may sharps. The Unicode character ♭(U+266D) is the flat sign. Its HTML entity is &#9837;.

Under twelve tone equal temperament, C flat for instance is the same as, or enharmonically equivalent to, B natural, and G flat is the same as F sharp. In any other tuning system, such enharmonic equivalences in general do not exist. To allow extended just intonation, composer Ben Johnston uses a sharp as an accidental to indicate a note is raised 70.6 cents (ratio 25:24), or a flat to indicate a note is lowered 70.6 cents.[2]

(similar to two flats, ♭♭) and lower a note by two semitones, or a whole step. Less often (in for instance microtonal music notation) one will encounter half, or three-quarter, or otherwise altered flats. The Unicode character '