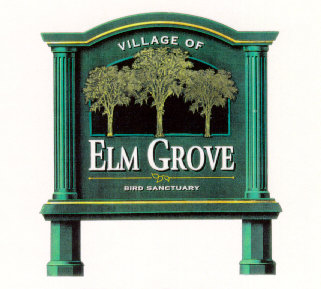 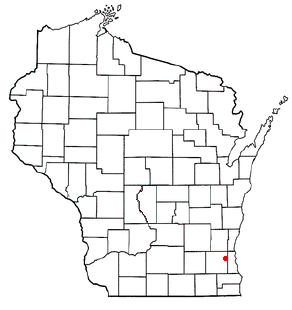 There were 2,444 households out of which 29.7% had children under the age of 18 living with them, 67.6% were married couples living together, 4.3% had a female householder with no husband present, and 27.0% were non-families. 24.7% of all households were made up of individuals and 12.1% had someone living alone who was 65 years of age or older. The average household size was 2.49 and the average family size was 3.00.

Elm Grove is run by the Village President as the head of the Village Board of Trustees, the seven members of which are elected to two-year terms. The library is the Elm Grove Public Library [http://www.elmgrovelibrary.org]

Pilgrim Park Middle School and Tonawanda Elementary, along with the local high schools, and (both located in neighboring Brookfield), are part of the .

In late 2006, the village board granted permission to hire a sharpshooter in the Indian Hills Estates subdivision to kill deer in an effort to curb overpopulation. The decision has been challenged by environmental activists.

It is also known that the police department has several internal and external problems. The civil rights of an Elm Grove teenager ticketed in connection with a 1999 underage drinking hoax were violated by a police officer who jumped a residential fence and entered the yard, a federal judge has ruled ( [http://www2.jsonline.com/news/wauk/nov01/hoax08110701a.asp] . It has been found through public record that the same police officer, Officer John Krahn, also has a conviction for Disorderly Conduct after being involved in a domestic dispute with his wife in November 2004. He was initially charged with a Domestic Abuse Violation, which was later reduced to Disorderly Conduct ( see [http://wcca.wicourts.gov/caseDetails.do;jsessionid=6EACCA9367B230880987DA22D045FA74.render5?countyNo=67&caseNo=2004CM003430&cacheId=17E7688DB283ABCD4DA3181377953E34&recordCount=6&offset=3&mode=charges] . It is unknown why he is still able to work as a police officer.