Massy is a commune in the southern suburbs of Paris, France. It is located 14.7 kilometres (9.1 mi) from the center of Paris.

The inhabitants of Massy are known as Massicois.

There is also a TGV station, called Massy TGV, which is adjacent to Massy – Palaiseau station and is one of only three specially-built TGV stations in the suburbs of Paris (the two others are at Disneyland Resort Paris and at Charles de Gaulle International Airport).

The etymological origin of Massy is still very dubious. This name could result from the name of an owner of a villa of the Gallo-Roman time, original site of the village. Called Matius or Matheus, the name of his property then village would have been subjected to deformations due to language and the passing of time to become Massy. Located near the road between Paris and Chartres, the villa was undoubtedly built on a height (the Gaudon Mount) and formed the starting point of a human establishment. The argillaceous subsoil explains the formation of a clearing within the forest and the numerous stretches of water in the surrounding area.

During the Middle Ages and until the end of the Ancien Régime, the lordly estates divided up the territory of the current commune, assigning a majority part to the ecclesiastical institutions and in particular the abbey of St-Germain-des-Prés. In the 10th century, the line of the lords of Massy was established; their title of nobility was to become a barony (nowadays the Grimaldi-Monaco family)..

Before 1900, the history of the city was similar to that of the rural boroughs of Ile-de-France. After the Revolution, the town remained rural. The population followed an evolution identical to that of the rest of the region. It underwent the same wars, epidemics and rebellions. The massicois practiced mainly agricultural trades (gardeners, vine growers), even if local arts and crafts were always present. The tile factory, abandoned after the Second World war, was the town's oldest industry.

It is with the beginning of the 20th century that the face of Massy changes: from being a rural village, it transforms into a town increasing subjected to the attraction of Paris. Once with a population of just 1,400 people, nowadays, the town of Massy holds almost 40,000 inhabitants. At the end of the 19th century, the development of railways supported the construction of industries. The first allotments were born at the beginning of the century. The citie's urbanisation developed towards the districts of the Gravels and Villaine, where it was necessary to establish a school as early as 1927. It is the era of the “suburban house”.

During the Second World War, the marshalling yard of Massy-Palaiseau was considered a strategic rail junction. The bombardments of these infrastructures caused 88 victims and material damage throughout the town. In the post-war period, the reconstruction and development of the parisian agglomeration and its suburbs metamorphosed the town's geography. The housing crisis provoked an outrage, thus the "castor" movement established some residences in the east of the city. The establishment of a housing scheme on 145 hectares of the communes of Massy-Antony caused the population of Massy to double. The creation of a 'Priority Construction Zone' in Villaine 10 years later was intended to even out the town's urbanisation. This abrupt development of the town also modified its social structure: rejuvenation of the population, arrival of foreigners, etc. During the 1960s and 1970s, questions are raised about rapid urban development: housing problems and shantytowns, lack of public resources, requalification of certain factory sites, delinquency, etc. To satisfy the needs for this new population, many new infrastructures were created such as schools, hospitals, sports centres, swimming pools, arts centres, nurseries and parks. The establishment of a TGV station in 1991 is an asset for the economic development of the city. Nowadays, certain amenities have an influence which exceeds the communal and departmental circles, in particular opera and theatre. (Author: Municipal archives of Massy)

Massy is divided into two cantons: 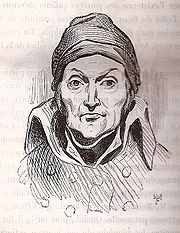