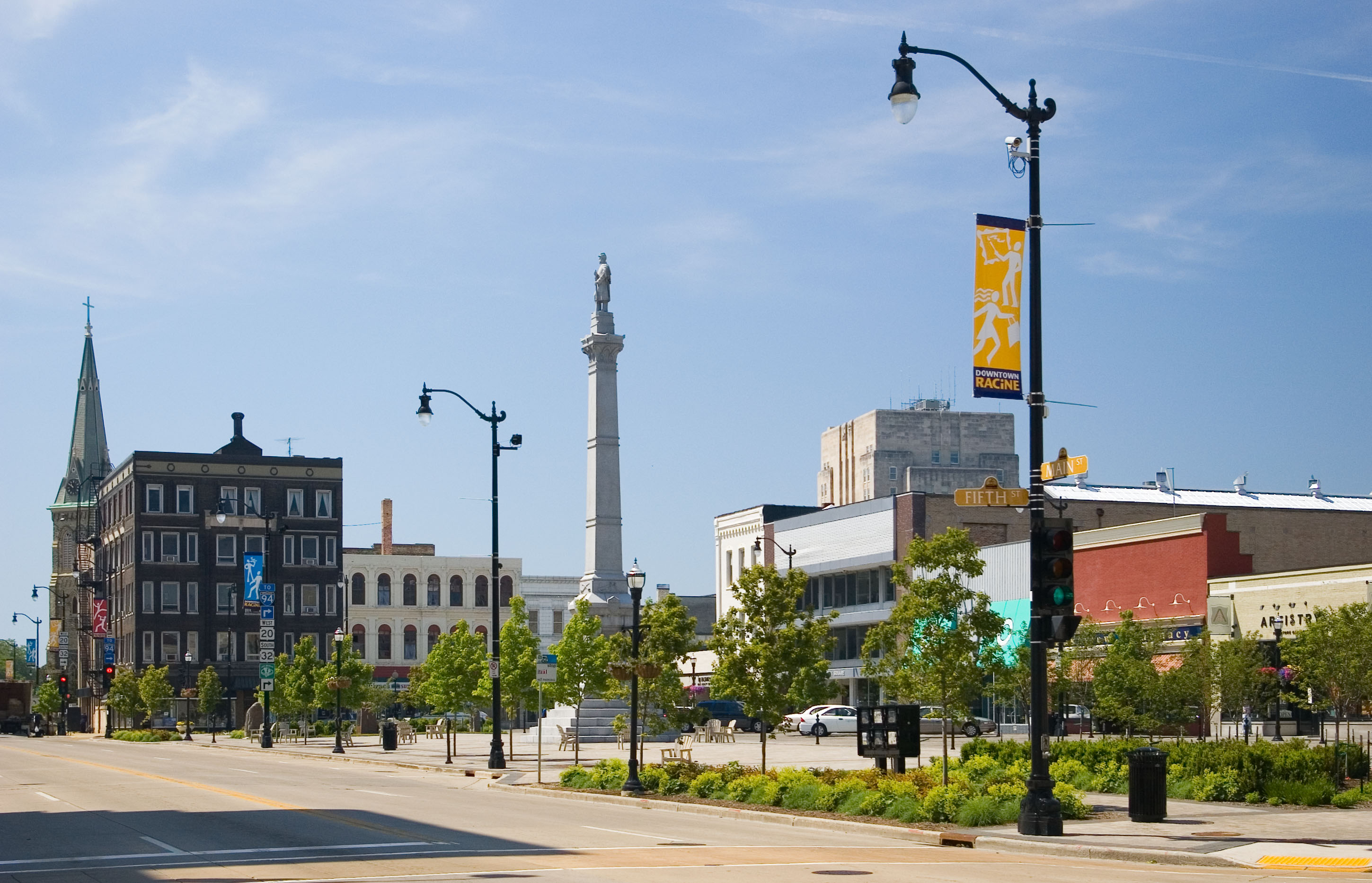 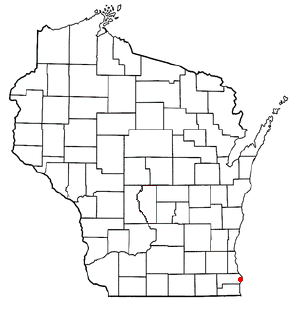 On , , a fleet of eight canoes bearing a party of French explorers entered the mouth of Root River. These were the first known Europeans to visit what is now Racine County. Led by a man named Jonathan Paradise, they founded a French trading post in the area which eventually became a small settlement on Lake Michigan near where the Root River empties into . "Racine" is French for "root."

In 1832, just after the , the area surrounding Racine was settled by s from upstate .
, a captain in 1834, founded the settlement of Port Gilbert at the place where the Root River empties into . The area was previously called Kipi Kawi and Chippecotton by the indigenous peoples, both names for the Root River. The name "Port Gilbert" was never really accepted, and in 1841 the community was incorporated as the village of Racine. After Wisconsin's statehood was granted in 1848 the new legislature voted in August to incorporate Racine as a city.

Before the , Racine was well known for its strong opposition to . Many slaves escaping to freedom via the passed through the city. In 1854 , an escaped slave who had made a home in Racine, was arrested by federal marshals and taken to a jail in . One hundred men from Racine, and ultimately 5,000 Wisconsinites, rallied and broke into the jail to free him. He was helped to escape to . Glover's rescue gave rise to many legal complications and a great deal of litigation. This eventually led to the declaring the unconstitutional, and later, the refusing to recognize the authority of the U.S. Supreme Court.

Waves of immigrants, including Danes, Germans, and Czechs, began to settle in Racine between the Civil War and the . African Americans started arriving in large numbers during World War I, as they did in other Midwestern industrial towns, and Mexicans started migrating to Racine from roughly 1925 onward.

Unitarians from New England initially dominated Racine's religious life, as they did in other parts of the Upper Midwest before 1880. Racine's Emmaus Lutheran Church is the oldest Danish Lutheran Church in North America, founded on August 22, 1851. Emmaus Lutheran, originally a founding member of the Danish American Lutheran Church, has subsequently been a member of the United Danish Evangelical Lutheran Church in America (UDELCA), the (ALC), and, since 1988, the ().Also there was a large Catholic movement to the city opening up churches for their own ethnicity such as, St. Stanislaus (polish), St. Rose (Irish), Holy Name (German), St. Patrick (Irish), Sacred Heart (Italian), St. Joeseph (German), St. Mary (German), Holy Trinity (Slovak), St. Casimir (Lithuainian), and many more. As years passed populations moved and St. Stanislaus, Holy Name, Holy Trinity, St. Rose, and St. Casimir, all came togeter in 1998 to form St. Richard. With new waves of people coming in older parishes got a new lift by the hispanic community forming Cristo Rey and re-energizing St. Patrick's into the strong catholic communtity of today.

In 1887, was invented by Englishman in Racine, and remains a global brand. The was invented in 1927 by John Hammes of Racine. He founded the company in Racine, which still produces millions of garbage disposers a year. In addition, Racine is the home of , with its headquarters designed in 1936 by , who also designed the Wingspread Conference Center and two homes in Racine. The city is also home to the Dremel Corporation as well as Twin Disc.

The city is also known for its large prom celebration, which combines the students from all the high schools in the city at an after party. This was featured in the radio show in Episode #186 "Prom", originally aired on June 8, 2001. [cite web |url=http://www.thislife.org/Radio_Episode.aspx?sched=875 |title=This American Life |accessdate=2008-05-28 |work=ThisLife.org ]

The government of the City of Racine is divided into executive and legislative branches. The mayor is the chief executive, elected by general election for a term of four years. The mayor appoints commissioners and other officials who oversee the various departments, subject to Common Council approval. The current mayor is Gary Becker, a member of the [cite web| url=http://www.mayorsagainstillegalguns.org/html/about/members.shtml| title=Mayors Against Illegal Guns: Coalition Members] , a group with a stated goal of "making the public safer by getting illegal guns off the streets." The Coalition is co-chaired by Mayor and Mayor .

In addition to the mayor, Racine's other citywide elected official is the Municipal Judge. The City Council is the legislative branch and is made up of 15 aldermen, one elected from each district in the city. The council enacts local ordinances and approves the city budget. Government priorities and activities are established in a budget ordinance usually adopted each November. The council takes official action through the passage of ordinances and resolutions.

Racine is served by the daily newspaper "", which is the namesake (but not current owner) of radio station (1400). The "" publishes a Racine-specific page on Thursdays and a Racine County section on Sundays, while "" covers issues specific to the African-American community. The web-only [http://www.racinepost.com RacinePost.com] also covers the community.

The city has one television station owned by , (Channel 49), a station which airs classic drama and sitcom reruns and has their analog transmitter just north of the Milwaukee County line in Oak Creek. For all intents and purposes the station serves all of southeastern Wisconsin, with the station offices located in West Allis and the station's digital transmitter to be located in north Milwaukee's Lincoln Park by the end of 2008. WBME does air a Sunday morning program called "Racine & Me" which is devoted to topics of interest to Racine residents.

Other radio stations serving the area are (92.1) and (100.7). WEZY specifically targets Racine and Kenosha and is owned locally, while WKKV is a station owned by that although it is licensed to Racine and with a transmitter in the north-central part of Racine County, is targeted towards Milwaukee audiences and has their station offices in Greenfield.