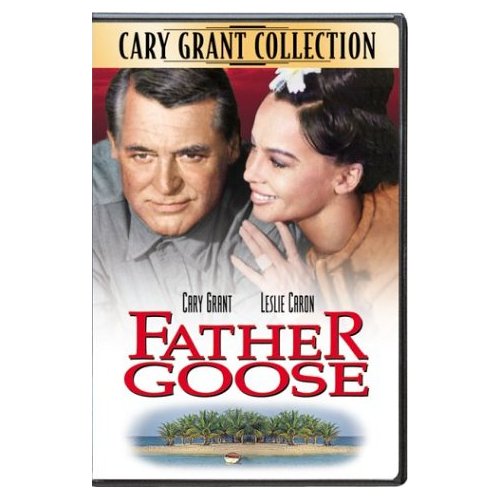 During the early days of World War II, South Walter Eckland (Grant) is coerced by his old friend, Commander Frank Houghton (Howard), into becoming a for the Allies. He is escorted to a deserted island, to watch for Japanese planes passing overhead. As incentive, whisky is hidden in various spots around the island; every time he reports a sighting, once the sighting is confirmed by coast-watchers on other islands, he is rewarded with directions to a bottle. To further ensure he stays put, when Houghton leaves, his naval vessel "accidentally" hits Walter's boat, punching a gaping hole in its hull.

Later, Houghton finds a replacement. The only problem is, Walter has to retrieve him from a nearby island in enemy-infested waters. When Walter goes there in a , he unexpectedly finds Frenchwoman Catherine Frenau (Caron) and seven young schoolgirls under her care stranded there. She informs him that the man he came for was killed in an air-raid. He reluctantly takes them back with him.

There is no way to evacuate them safely, though Houghton arranges for more supplies to be dropped by parachute. The fastidious Catherine and the slovenly Walter soon get on each other's nerves; they call each other "Miss Goody Two Shoes" and "a rude, foul-mouthed, drunken, filthy beast". But after a while, he adjusts to her and her girls. Catherine is amused to learn that Walter had been a history professor before he ran away to the South Pacific to escape the rigid conformity. The two fall in love and are married by a minister over the radio.

A Japanese airplane picks that moment to strafe the ceremony. Since they have been detected, Houghton sends a submarine to pick them up, but an enemy patrol boat shows up at the same time. Walter takes his boat out to lure it out beyond the reef, so it can be torpedoed by the submerged sub. In the process, his boat is blasted out of the water, but he survives and everybody is safely evacuated.

The movie won the Oscar for Best Writing, Story and Screenplay, which was written directly for the screen by S. H. Barnett, , and Frank Tarloff, and was also nominated for Best Film Editing and Best Sound.

It received a nomination for the Best Motion Picture - Musical/Comedy award.

"Father Goose" was filmed on location in .

*
* [http://www.carygrant.net/fg%20interview.html Stephanie Berrington McNutt, one of the child actors and now a lawyer, talks about making the movie]