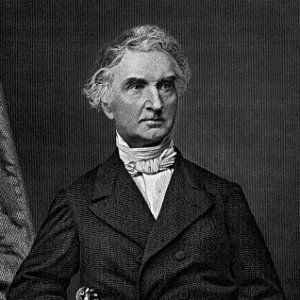 Justus von Liebig (, &ndash; , ) was a who made major contributions to agricultural and biological , and worked on the organization of . As a , he devised the modern -oriented teaching method, and for such innovations, he is regarded as one of the greatest chemistry teachers of all time. He is known as the "father of the industry" for his discovery of as an essential , and his formulation of the which described the effect of individual nutrients on crops. He also developed a manufacturing process for , and founded a company, , that later ed the Oxo brand beef .

Liebig was born in into a middle class family. From childhood he was fascinated by chemistry and even was expelled from his for detonating an device he had made at home from chemicals obtained from his father's y business. [This tale is probably apocryphal--there is no historical evidence that it occurred.] He was apprenticed to the Gottfried Pirsch (1792-1870) in .

Liebig attended the , studying under , a business associate of his father. When Kastner moved to the , Liebig followed him and later took his doctorate from Erlangen. Liebig did not receive the doctorate until well after he had left Erlangen, and the circumstances are clouded by a possible scandal [see Munday (1990)] . Also at Erlangen, Liebig fell in love with the poet (1796-1835) [William H. Brock. Justus von Liebig: The Chemical Gatekeeper. Cambridge University Press, 2002, page 21] who wrote several sonnets dedicated to Liebig. He left Erlangen in March 1822, in part because of his involvement with the radical Korps Rhenania (a nationalist student organization) but also because of his hopes for more advanced chemical studies.

In autumn 1822 Liebig went to study in on a grant obtained for him by Kastner from the Hessian government. He worked in the private of , and was also befriended by and (1769-1832).

After leaving Paris, Liebig returned to Darmstadt and married Henriette Moldenhauer, the daughter of a state official. This ended Liebig's relationship with Platen.

In 1824 at the age of 21 and with Humboldt's recommendation, Liebig became a at the . He established the world's first major school of chemistry there. He received an appointment from the King of Bavaria to the in 1852, where he remained until his death in 1873 in . He became (baron) in 1845.

He founded and edited from 1832 the journal "", which became the leading German-language journal of Chemistry. The volumes from his lifetime are often referenced just as "Liebigs Annalen"; and following his death the title was officially changed to "Justus Liebigs Annalen der Chemie".

Liebig improved organic analysis with the "" -- a five-bulb device that used a potassium hydroxide solution to remove the organic combustion product carbon dioxide. [cite journal | author = Liebig, J. | title = Ueber einen neuen Apparat zur Analyse organischer Körper, und über die Zusammensetzung einiger organischen Substanzen | journal = Annalen der Physik | year = 1831 | volume = 21 | pages = 1 &ndash; 47] He downplayed the role of in plant and discovered that plants feed on compounds and derived from the air, as well as on s in the . One of his most recognized and far-reaching accomplishments was the invention of nitrogen-based . Liebig believed that nitrogen must be supplied to plant roots in the form of ammonia. Though a practical and commercial failure, his invention of fertilizer recognized the possibility of substituting chemical fertilizers for "natural" (animal dung, etc.) ones. He also formulated the Law of the Minimum, stating that a plant's development is limited by the one essential mineral that is in the relatively shortest supply, visualized as "Liebig's barrel". This concept is a qualitative version of the principles used to determine the application of fertilizer in modern agriculture.

He was also one of the first chemists to organize a laboratory as we know it today. His novel method of organic analysis made it possible for him to direct the analytical work of many graduate students. The vapor condensation device he popularized for his research is still known as a , although it was in common use long before Liebig's research began. Liebig's students were from many of the German states as well as Britain and the United States, and they helped create an international reputation for their "Doktorvater."

In 1835 he invented a process for that greatly improved the utility of s.

Liebig's work on applying chemistry to plant and animal physiology was especially influential. At a time when many chemists such as insisted on a hard and fast separation between the organic and inorganic, Liebig argued that "...the production of all organic substances no longer belongs just to the organism. It must be viewed as not only probable but as certain that we shall produce them in our laboratories. Sugar, salicin [aspirin] , and morphine will be artificially produced." [Liebig and Woehler (1838)]

Liebig's arguments against any chemical distinction between living (physiological) and dead chemical processes proved a great inspiration to several of his students and others who were interested in materialism. Though Liebig distanced himself from the direct political implications of materialism, he tacitly supported the work of Karl Vogt (1817-1895), Jacob Moleschott (1822-1893), and Ludwig Buechner (1824-1899).

Liebig played a more direct role in reforming politics in the German states through his promotion of science-based agriculture and the publication of 's "Logic." Through Liebig's close friendship with the Vieweg family publishing house, he arranged for his former student Jacob Schiel (1813-1889) to translate Mill's important work for German publication. Liebig liked Mill's "Logic" in part because it promoted science as a means to social and political progress, but also because Mill featured several examples of Liebig's research as an ideal for the scientific method.Liebig is also credited with the notion that " meat seals in the juices." [cite book | author=McGee, Harold | title=On Food and Cooking (Revised Edition) | publisher=Scribner | year=2004 | id=ISBN 0-684-80001-2 Page 161, "The Searing Question".] This idea, still widely believed, is not true.

Working with Belgian , Liebig devised an efficient method of producing beef extract from carcasses. In 1865, they founded the , marketing the extract as a cheap, nutritious alternative to real . Some years after Liebig's death, in 1899, the product was trademarked "Oxo".

After , the was officially renamed after him, "Justus-Liebig-Universität Giessen". In 1953 the West German post office issued a stamp in his honor. [Germany #695, ""]