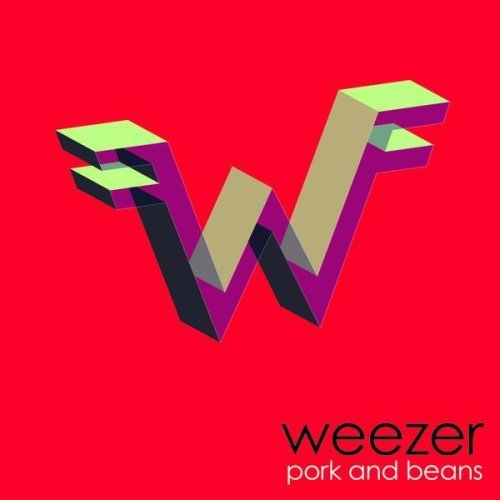 The song was written by as a reaction to a meeting with executives where the band was told they needed to record more-commercial material.

A of the song, which incorporated many and memes with the band, was premiered first on and was one of the most popular videos in the weeks following its release.

The song has been generally well received by critics and fans alike.

The for "Pork and Beans" was directed by Mathew Cullen

The video shares some thematic similarities with the music video for the single "", which also featured multiple YouTube celebrities. According to Cullen, the video was to be a "celebration of that creativity", an idea that went over well with the members of the band. In contrast to an earlier "" episode, "" which parodied the YouTube celebrities, Cullen wanted to embrace the concept of "about being happy with who you are". Cullen hopes that the video will be "a living thing on the Internet"; as the video itself was a mash-up of Weezer's "favorite stuff", Cullen hopes others will use the video to create their own mash-ups. The YouTube celebrities were flown into Los Angeles, California to work with the band for the four-day shooting of the video.

[http://www.youtube.com/watch?v=vnRJROskpp4 Dan Dzoan] , current world record holder for solving a with one hand, was present for the shooting but does not appear in the video, though there are Rubik's Cubes in the video, and Dan is present in [http://ca.youtube.com/watch?v=Tds7hzkZsSk&feature=user another video] posted by Weezer to YouTube. 's were slated to be in the video but were left out due to problems with shipments of props. A mock-up of the Dumbledore puppet can be seen in the video nonetheless. [cite web | url = http://trapezzoid.livejournal.com/182970.html | title = Pork 'n' Beans | first = Neil | last = Cicierega | date = | accessdate = 2008-05-28 | publisher = Neil Cicierega]