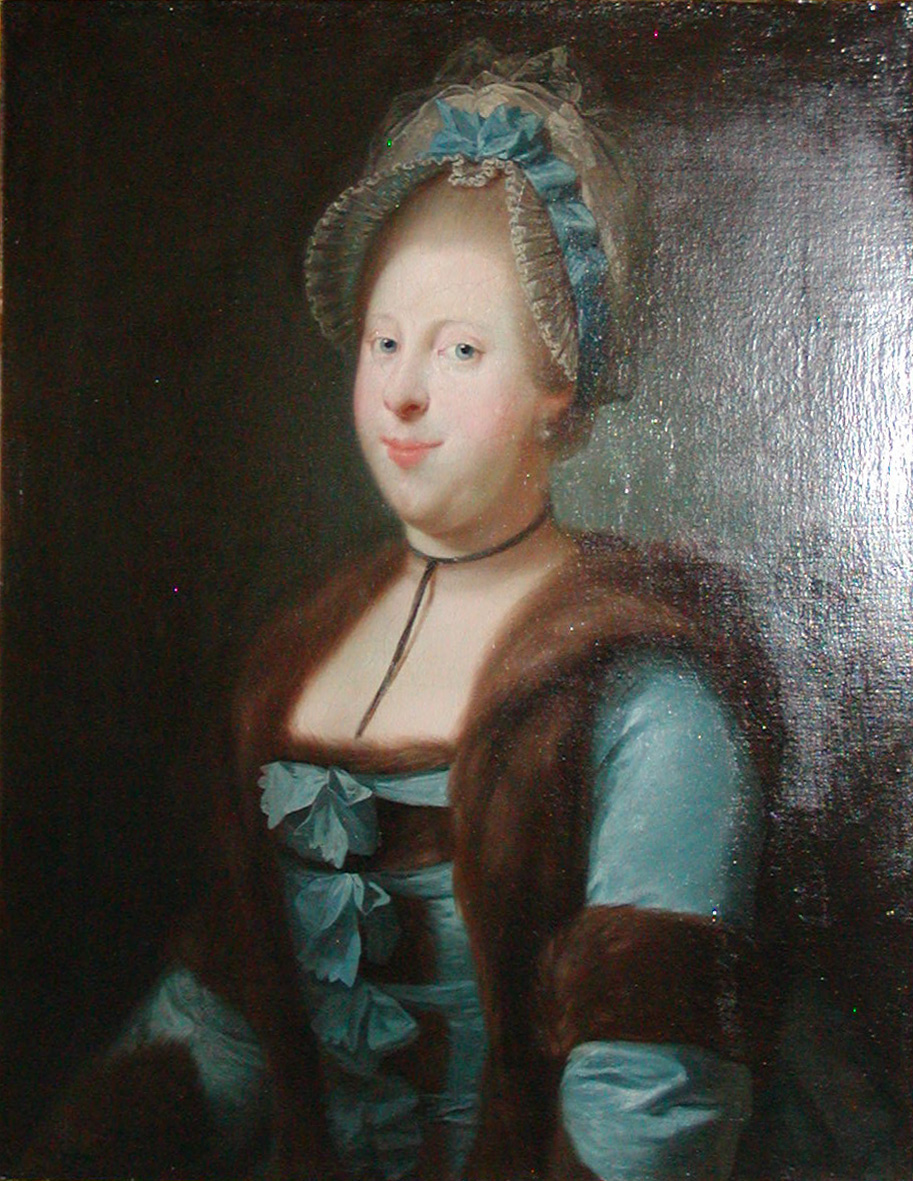 Caroline Matilda was the youngest child of and , hence her title. Her father died suddenly about three months before her birth. She was born at in , and was given the style and title "HRH" Princess Caroline Matilda, as daughter of the Prince of Wales, though, by the time of her birth, the title of had passed to her brother. Both of her names were used due to her aunt, Princess Caroline, being alive.

At the age of fifteen, Caroline Mathilde, as she was known in Denmark, left her family behind in Britain in order to travel to Denmark and marry her cousin, . The wedding took place on at . Her brother was anxious about the marriage, even though he wasn't fully aware that the bridegroom was mentally ill.

Caroline Matilda had two children, both of whom were officially fathered by Christian VII.
* (1768&ndash;1839)
*Princess Louise Auguste of Denmark (1771&ndash;1843)

On Caroline Mathilde gave birth to the Crown Prince, later to become King Frederick VI of Denmark and Norway. In May of the same year Christian VII took his long tour of Europe, including stays in , and . At the same time Caroline Mathilde spent the summer at with her new child before returning to in the autumn.

The king returned to Copenhagen on , bringing with him as royal physician, and later minister in his court. He had met Struensee in Altona during the beginning of his travels. Struensee could apparently handle the king's instability, which was a great relief to the king's advisers, and the king developed a confidence in him.

Caroline Mathilde was unhappy in her marriage, neglected and spurned by the king, and affected by his illness. Struensee encouraged the king to improve his relationship with Caroline Mathilde, and Christian VII showed his attention to her in the form of a three-day birthday party on .

The Queen was well aware that Struensee was behind these improvements, and her interest in the charming doctor developed. They entered into a love affair in the spring of 1770. On the royal court took summer residence at in present-day Hørsholm municipality. On , Caroline Mathilde gave birth to her second child, Princess Louise Auguste, whose father was almost certainly Struensee.

The court moved to on and then back to Christiansborg Castle on .

Caroline Mathilde was divorced, and deported on board an English frigate to neighbouring , on . She never saw her children again.

She did not give up hope of returning to Denmark and seeing her ex-husband deposed, but her indiscreet behaviour dismayed her brother, and he was reluctant to have her back in England, even if she had been willing to return.

She died suddenly of scarlet fever at Celle on .

* – : "Her Royal Highness" Princess Caroline Matilda
* – : "Her Majesty" The Queen of Denmark and Norway

In 1969 the British writer published "The Lost Queen", a biographical novel of the life of Queen Caroline Matilda.

In 1999 the Swedish writer published "The visit of the royal physician" ("Livläkarens besök"), which tells the story of Struensee.

In 2006 the British historian published "A Royal Affair: George III and his Scandalous Siblings ", which includes a long account of Queen Caroline Matilda.