:"For information on the original American Basketball Association that existed from 1967 through 1976, see ." 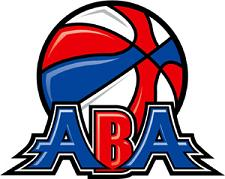 The American Basketball Association (ABA) otcbb|ABKBE is a professional men's league that was founded in . The current ABA has no affiliation with the original that merged with the in .

First beginning play in 2000 with eight teams, the league is currently in its seventh season.

Following the league's first public offering in 2006, it was reported that was voted out of his position as league CEO. [http://www.oursportscentral.com/services/releases/?id=3423259] In a form filed with the in February 2007, the ABA Board of Directors stated that Newman was removed as league CEO on January 31, 2007. It went on to state that Newman's actions as league CEO would be reviewed to ensure that they were performed with the Board's permission. [http://biz.yahoo.com/e/070207/abkb.ob8-k.html] The same filing also claimed that Newman and other shareholders plotted to remove , , and from the Board and elect Paul Riley as its director. Newman denied his removal ever occurred, and continued as acting CEO. [ [http://www.abalive.com/news/releases/?newsid=2007020506013 ABAlive.com - Home of the American Basketball Association ] ] The lawsuits were settled in March 2007 with Doyle's and Salley's resignations from the league Board of Directors.

The 2006-2007 season saw many franchises fail to travel to road games or play a full schedule. When a weather problem required a postponement of a playoff game between the defending champion and the , instead of letting the two teams reschedule, the league wanted to force Rochester to forfeit. Rochester instead withdrew from the league. This incident, coupled with the CEO v. COO intrigue, caused to some league owners to become frustrated with the instability of the league and separate to form the (PBL). The last two ABA champions now play for this league.

The 2007-2008 season saw nearly twenty teams fold within its first five weeks, and several remaining teams left the ABA to join other existing leagues. According to Oursportscentral, only around 35% of the games were actually played in the 2007/08 season. The teams who played the highest percentage of games were Vermont, Manchester (NH), and Quebec, those three teams would leave to the PBL at the conclusion of the season. Another team who only played home games was Beijing Aoshen Olympic. This team was kicked out of the Chinese Basketball League and played home games in Singapore. Beijing would pay $3000 and fly teams to Singapore for a 2-game homestand. Early teams complained on Oursportscentral that they were forced to stay in a hotel that doubled as a brothel. Joe Newman CEO forced Beijing to find a new hotel on hearing this news. Later teams stayed in a Holiday Inn.

The league's most successful franchise (attendance-wise) the left the ABA citing frustrations with teams not showing up for games, as well as a biased ranking system. Numerous sportswriters essentially referred to the ABA as a joke, and not to be taken seriously. [cite web | title = ABA stands for Amateur Basketball Association | url = http://www.tsn.ca/columnists/alex_walling/?id=232465&lid=sublink09&lpos=headlines_columnists-alex_walling | last = Walling | first = Alex | publisher = TSN.ca | accessdate = 2008-09-09 ]

Former teams that joined other leagues

:"For complete playoff results of past ABA seasons, see ."

Player of the Year

Executive of the Year