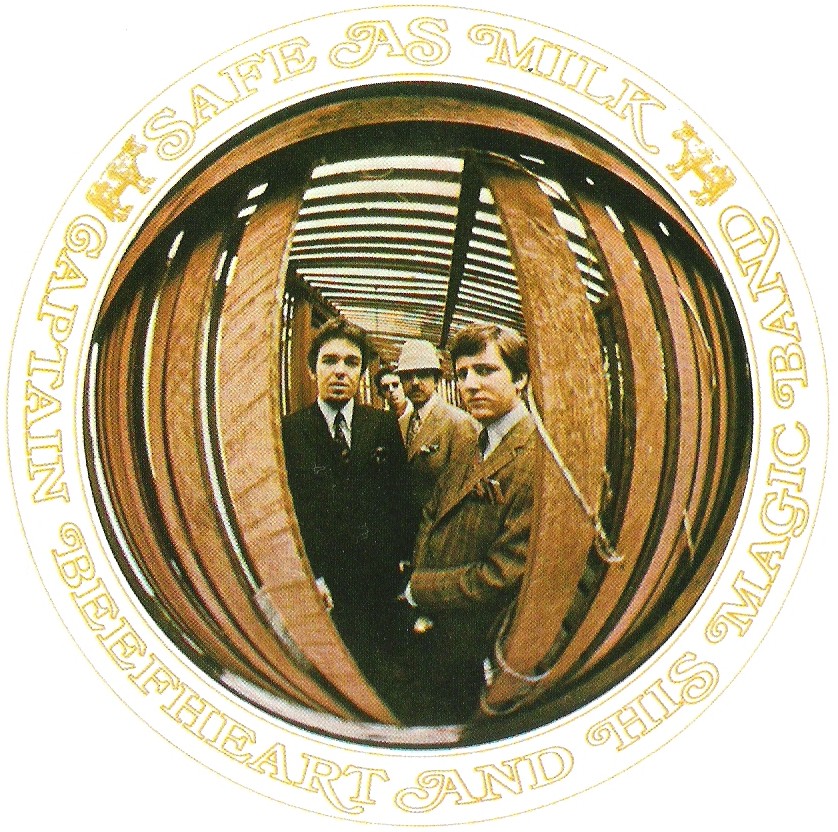 "Safe As Milk" is the debut by and His Magic Band, originally released in 1967. It was also the first album released on . The album features generous guitar and arrangement contributions from , fresh out of his "supergroup" with Taj Mahal, The Rising Sons. (Mahal reportedly contributes some percussion to the album, and another Rising Sons alumnus, bassist , was an engineer for the sessions.) The album also marked the last time that Van Vliet would rely on collaborations on writing and arranging (aside from very few scattered tracks throughout the 1970s).

The original pressing of "Safe As Milk" included a which depicted the album's title and a picture of the head of a baby doll. liked the album so much that he bought a second copy, so that he could have two of the bumper stickers on display in his home. [http://www.beefheart.com/datharp/albums/official/pics/lennonsam.jpg] At the time of the album's release, it was reportedly Lennon's favorite album.

The album was released in the UK on , and subsequently reissued in Pye's budget Marble Arch series, albeit bearing Pye International labels on the disc itself, and without the tracks "I'm Glad" and "Grown So Ugly". When Buddah's UK distribution passed to in 1970 it was again reissued, this time on Buddah in Polydor's budget 99 series and retitled "Dropout Boogie". Initially the tracklisting of this release matched the Marble Arch version, but the missing tracks were quickly restored. This 99 series release was also the first appearance in the UK of a stereo mix of the album.

All prior reissues of the album (many of sub-par mastering and sound quality) have been rendered obsolete by a 1999 CD with sound quality surpassing any previous issues, although stereo imaging remains inevitably crude given the simplicity of the original recordings. The CD also features seven bonus tracks, taken from the sessions of the unreleased follow-up "It Comes to You in a Plain Brown Wrapper", and not the "Safe As Milk" sessions.

Note: Some sources credit "Call on Me" to earlier Magic Band drummer, , and not Van Vliet or Bermann.