Infobox Album
Name = Until That Day 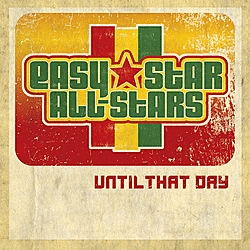 Until that Day is an of original material from the . It is their first release to contain original material. Every single track is original apart from the final track, which is a Dub Version of their own version of 's , which featured on their last cover album . The EP is available to download from the Easy Star records website in MP3 and in .