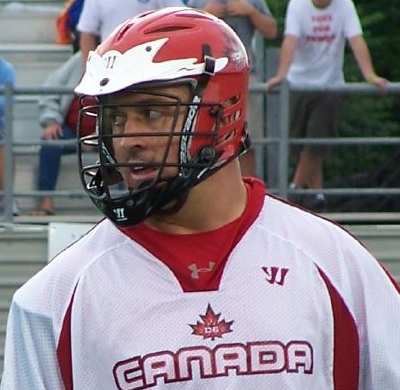 In 2007, Gait returned to his to become the head coach of the Orange team.

Gary Gait and his twin brother Paul Gait both attended and played in the NCAA, setting many records during their time there. Gait was a three-time first team n and once Honorable Mention All-American at Syracuse. He graduated as the Orangemen’s all-time goal leader with 192. He led the team to three Division I Championships. He was NCAA Player of the Year in both 1988 and 1990 and was Most Outstanding Player of the NCAA Tournament in 1990. Gait was also widely known for his acrobatic "Air Gait", where he would jump over the crease from behind the goal, scoring while in mid-air, and land on the opposite side of the crease.

Gait started playing in the Major Indoor Lacrosse League (later the ) in 1991 and won the Rookie of the Year Award. In April 2005 he announced his retirement; he played his last game on , .

In 2006, both Gait and his brother were among the 5 charter members to be voted into the National Lacrosse League Hall of Fame.

On , , Gait came out of retirement to play in the NLL Outdoor showcase in Colorado.

In June 2005, Gait was named head coach of his former team, the . [cite web|url=http://nll.com/article.php?id=893|title=Gary Gait Named Mammoth Head Coach|work=NLL.com|date=, |accessdate=2007-05-28] After a 10-6 season in which the Mammoth finished second in the Western Division, Gait led them to an overtime 18-17 win over Calgary and a 13-12 win over Arizona before shutting down the East Division champion 16-9 in the Championship game. [cite web|url=http://nll.com/article.php?id=424|title=Colorado Takes Home Champions Cup With 16-9 Win|work=NLL.com|date=, |accessdate=2007-05-28] Gait became the first rookie head coach to win a championship since did it with the in 1994, a team on which Gait played. [cite web|url=http://nll.com/article.php?id=419|title=News & Notes: Championship Game|work=NLL.com|date=, |accessdate=2007-05-28]

Gait announced in August 2007 that he was stepping down after two seasons as head coach of the Mammoth to pursue other interests. [cite web|url=http://www.nll.com/article.php?id=3056|title=Gait Steps Down as Mammoth Coach|work=NLL.com|date=, |accessdate=2007-08-22]

Syracuse University Director of Athletics Dr. Daryl Gross has announced that former Orange All-American and lacrosse Hall of Famer Gary Gait has been named the second coach in the history of the women's lacrosse program.

Gait has also played in since its inception in 2001. He was a member of the . After the first season, Gait was traded to the where he served as a for the next four years. In 2005, Gait won the as a player-coach. He scored six goals in the Championship Game and was named MVP of that game as well as the season.

Gait set many NLL scoring records during his career. He still holds the records for most goals in a single season (61 in 2003).

Gait was named NLL MVP six times, including five consecutive seasons. Other than Gary Gait, only John Tavares (3 times) has ever won the award more than once.

Gait was named the MLL MVP his final season in 2005, sharing it with . That season he also led the league in goals and points with 42 goals and 21 assists for 63 points.

Gary Gait lives in with his wife, Nicole, and their children Taylor and Braeden. His daughter, Taylor also plays lacrosse at her local named in .