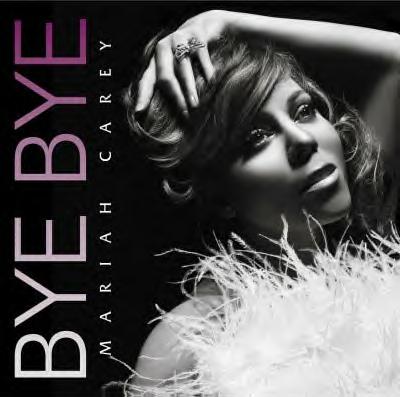 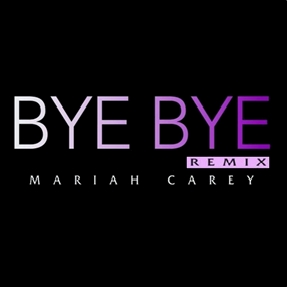 stated that although the song appears to be about her deceased grandmother, Carey "extends this song about death to be for anybody 'who just lost somebody' they truly care about and those who lost someone they hate, you still end up either feeling guilty or missing them". [Jennifer Vineyard. [http://www.mtv.com/news/articles/1584685/20080402/carey_mariah.jhtml Mariah Carey Album Preview: E=MC2 Is Focused On Fun, But Mimi Is At Her Best When She's Keeping It Real] . " News". April 2, 2008. Retrieved April 8, 2008.] Carey believed that by making "Bye Bye" more open, "everybody could kind of be healed by the song and have their own experience listening to it". [(Video) [http://soundcheck.walmart.com/interviews.html?id=Mariah_Carey Wal-Mart Soundcheck: Mariah Carey] . Soundcheck. Retrieved April 10, 2008.]

The song premiered on radio and has been played on various radio stations in the , according to . [ [http://www.mmr247.com/mmrweb/Reports/Reg/EMD.asp?SOngID=1573240&NumDays=7 Mediabase Quick Cut Info: Mariah Carey - Bye Bye] . . (Note: it is a rolling 7-day chart; numbers change frequently.)] The single became available to download at iTunes on .

Carey first performed "Bye Bye" on T4 "4Music" and performed it again live on , the single's digital release date, on "" and then again, two days later, on the result show of "" season 7 on . Carey performed the song on "" on , .

The single officially went for adds on on Mainstream and Rhythm/Crossover stations. [ [http://fmqb.com/article.asp?id=16691 CHR: Available for Airplay] . "FMQB.com". Retrieved April 10, 2008.]

There are currently two r'n'b remixes for "Bye Bye", the first features , while the second is assisted by and . For the clubs, remixes were produced by , & Warren Rigg, Firesigns & Dusty O.

The song was nominated for R&B Track award at the 2008 . [ [http://www.teenchoiceawards.com/nominees/music/defaultmusic.aspx TC08 - Music Nominees ] ]

In some European countries (like The Netherlands, Belgium, France and Switzerland) the song was never released, instead "I'll Be Lovin' U Long Time", was sent to radio stations in July 2008 as the official 2nd single from the album.

It peaked at #7 in New Zealand. "Bye Bye" has remained in the chart 8 weeks.

"Bye Bye" was a moderate success in Europe, reaching number 84 in .

It was released in the on ; however, "Bye Bye" had already charted at #56 on the , four weeks before release of the physical single, on the strength of digital downloads, spending the next three weeks in the top 50. The physical release of "Bye Bye" saw the song climb to #30.

It debuted at number 70 in German Media Control Singles Chart and it sat on the chart for two weeks.

"Bye Bye" debuted in Slovakia Singles Chart at #97 and after 4 weeks in the chart reached a new peak position: number 72.

In , the song became a top 20 hit and has peaked at number 13, so far. [ [http://charly1300.pagesperso-orange.fr/costaricatop30.htm Costa Rica Official Airplay Chart ] ]

The director of the video is . The video consists of multiple scenes with Carey and her husband , along with various behind-the-scenes footage of Carey at various promotional events. The video then closes with pictures of various deceased people, including her dad Alfred Roy, her grandmother, David Cole, , , and , all of whom Carey had collaborated with during her career. It also features Jessica Simpson, with whom she collaborated with during her early career. During their collaboration, Simpson's grandmother passed away. Mariah added the short photo as a tribute to her booming career.

After Carey cancelled scheduled appearances on "" and 's "" to premiere the "Bye Bye" music video on several occasions, it finally premiered on Comcast.net at midnight on . [ [http://mariahcarey.com/news/news.php?uid=2206 Mariahcarey.com news.news ] ]

The video has reached number 1 in Thailand International Chart. [http://www.mtvthailand.com/Onair/chart/index.html] and stayed for 6 weeks at #1 in the MYX International Top 20 in the Philippines. [http://forums.abs-cbn.com/3/2922567/ShowThread.aspx]

The music video for "Bye Bye" has reached number 18 in HitList Portugal by Portugal. [http://www.mtv.pt/homepage/index.aspx]

In Asia Chart Attack, the music video was number 1. [http://www.mtvasia.com/Onair/Shows/ChartAttack/chart.html]