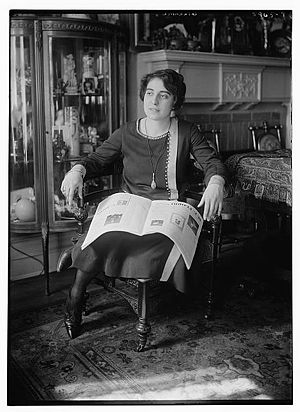 Born in a musical family, she was the daughter of Italian tenor Ferruccio Giannini (1868-1948), who came to the United States in 1885, and with whom she first studied, later studying with Marcella Sembrich in New York. She began in concert in 1923, in New York, also appearing in England. She made her stage debut in Hamburg, as Aida and Santuzza, later appearing in Berlin, Vienna, London. She sang at the Salzburg Festival in 1934, as Donna Anna and Alice Ford, and made her debut at the Paris Opéra in 1936, as Donna Anna. In 1938, she created, in Hamburg, the role of Hester Prynne in The Scarlet Letter, an opera by her brother Vittorio Giannini (1903-1966).

She sang at the Metropolitan Opera from 1935 to 1942, also appearing at the Lyric Opera of Chicago (1938-42) and the San Francisco Opera (1939-43). She also took part in the first season of the New York City Opera in 1943, as Tosca. After the war, she continued appearing in Paris, London, Berlin, and Vienna, and then turned to teaching, notably in Zurich.

Giannini's voice was a true dramatic soprano, backed by strong temperament and fine musicianship. She can be heard on a complete recording of Aida from 1928, opposite Aureliano Pertile.

Giannini's sister, Eufemia Giannini-Gregory, was a respected voice teacher at the Curtis Institute of Music in Philadelphia and taught Frank Guarrera and Anna Moffo.