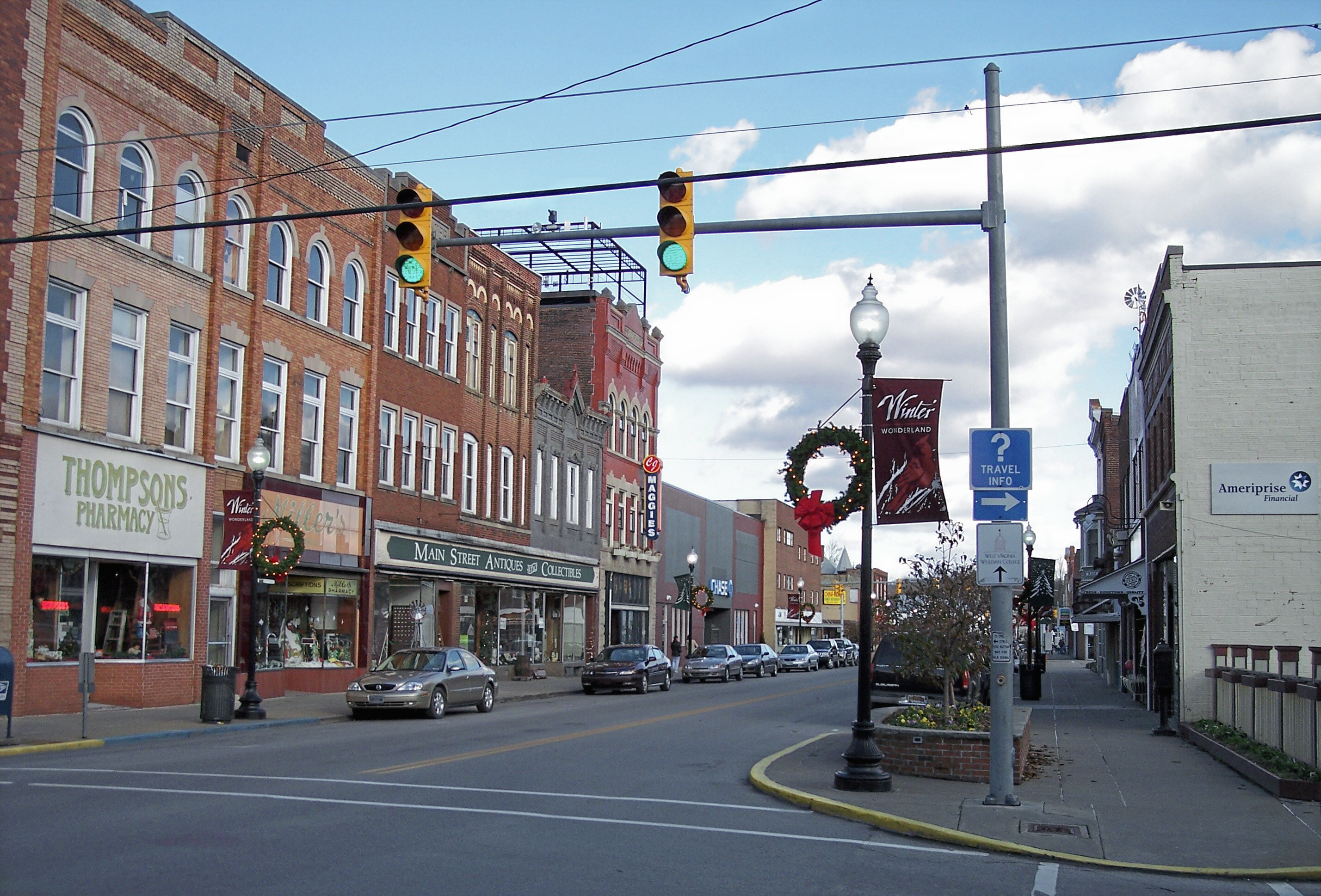 Buckhannon is the only incorporated city in and the of Upshur County, , ,GR|6 and is located along the . The population was 5,725 at the 2000 census. Buckhannon is home to and the West Virginia , held annually on the third week of May. The city is located 115 miles northeast from the capital city of Charleston and 140 miles south of . Buckhannon is also home of the Sago Mine Tragedy that happened on January 2, 2006, resulting in the deaths of 12 of 13 trapped miners.

There were 2,159 households out of which 22.6% had children under the age of 18 living with them, 41.1% were married couples living together, 10.9% had a female householder with no husband present, and 45.3% were non-families. 40.0% of all households were made up of individuals and 19.1% had someone living alone who was 65 years of age or older. The average household size was 2.08 and the average family size was 2.78.

Buckhannon was supposedly named by local white settlers for , a renowned chief and commander of the during the and the . Many years prior to these conflicts, his favorite hunting grounds were located near the present site of the city. The name Buckongahelas was widely misspoken by these Anglo-Saxon settlers as "Buckongehanon". The name was further anglicized to its present form of "Buckhannon". [http://www.buchamber.com/history_template.php?page_name=buckongahelas&page_type=resident]

The history of Upshur County begins with the initial discovery and settling of the Buckhannon River Valley. Englishmen brothers were soldiers serving in the . In 1761, they decided to abandon their post at (present-day Pittsburgh, Pennsylvania). They traveled southward and upstream along the and . When they came upon a fork in the latter river, they took the right-hand-side river that branched into the main river. This junction is located at the mouth of the Buckhannon River.

The two brothers arrived in present-day Upshur County in 1764. They took up shelter and residence in an eleven-foot-deep cavity in a once-towering . The hollow of this botanical giant was made their sole dwelling for about three years. This Sycamore, known as "The Pringle Tree", is now a third-generation tree. It stands beside a stream named Turkey Run in a meadow beside the Buckhannon River. While living in this naturally beautiful river valley, the Pringle brothers survived frigid winters. They hunted rabbits, turkey, the once-plentiful , and fish-notably trout. They also skillfully avoided prowling timber wolves. It is written that Samuel survived hunting experiences with an and later a .

In the Autumn of 1767, their ammunition was running dangerously low; two charges of powder more exactly. Although they feared capture and incarceration for desertion, it was John whom finally decided to return for supplies. The closest settlements to their newfound home were on the South Branch Potomac River or Wappatomaka, located north-easterly about two hundred miles away. When he eventually returned to the Sycamore, he brought back news that neither man was wanted by any military authorities. Peace had been declared between the two warring parties and the brothers could safely return to the nearest civilization.

The Pringle Brothers decided to leave the river valley and move to the South Branch settlements. John never returned to resettle at the Sycamore, but later made a home in the Commonwealth of instead. Samuel returned with his wife Mrs. Charity Pringle (née Cutright). Settlers accompanying them include John Cutright, Jr.- (Charity's brother), Thomas Hughes, John and Elizabeth Jackson, and their sons George and Edward Jackson. A permanent settlement was finally established by 1770 including the fortified structure known as Bush's Fort.

The City of Buckhannon was established on Monday , and chartered by the in 1852. Buckhannon was part of the Commonwealth of until the secession of West Virginia into its own state on , during the . The town was incorporated by Act of the on Thursday , . The first courthouse was built in 1854. As the only meeting place in town, it also served as an opera house and town hall. Electricity was installed in 1891 replacing oil lamps. The building suffered fire damage in its first six months. It was razed in 1898. In its place, a Classical Revival style courthouse, designed by Charleston architect , was begun in 1899 and completed in 1901. It is still in use today. An annex of the same style was added in 1995. In the cornerstone of the main building is a time capsule filled with turn of the 19th century artifacts.
* http://members.citynet.net/warner/upshur.html

* One notable tragedy is the which killed 12 and left one survivor after what authorities say was a in the which lead to an explosion. It was the worst in the US since a 2001 disaster in killed 13 people, and the worst disaster in West Virginia since a 1968 incident that killed 78 people. National and International News crews were in the area for about three to four days.

*2008 studies show that leads the nation as Buckhannon leads West Virginia in fatal accidents from the ages of 15-21. Buckhannon has had at least 7 die that went or just graduated from Buckhannon-Upshur High School.

* Upshur County and its County Seat have been a Republican majority since the days of the . Citizens during this era were staunch supporters of the Republic then led by President . Their local militias and soldiers served on the side of the Union.
* One of 's sisters, Laura Ann Jackson Arnold, was later a resident of Buckhannon. "Her true sympathy always was with the North, much to the dismay of her brother."
*Stonewall Jackson's grandparents were some of the first residents of Buckhannon.
* The present-day City of Buckhannon was the first permanent settlement between and the .
* The city motto is "The Promise of Tomorrow with the Dignity of Yesterday."
* Buckhannon is noted for having many of West Virginia's private-citizen millionaires living in its City and dispersed throughout Upshur County.
* Buckhannon has a net worth of more than 500 million dollars.
* The name Buckhannon became well-known in legal circles after a landmark 2001 U.S. Supreme Court case named [http://www.law.cornell.edu/supct/html/99-1848.ZO.html "Buckhannon Board and Care Home v. West Virginia Department of Health and Human Resources"] . ["Images of America: Upshur County" by The Upshur County Historical Society, page 37.] [ [http://www.city-data.com/city/Buckhannon-West-Virginia.html Buckhannon, West Virginia (WV) Detailed Profile - relocation, real estate, travel, jobs, hospitals, schools, crime, news, sex offenders ] ]

Charter of the City of Buckhannon:
* http://host.ci.buckhannon.wv.us/site/Forms_files/charter.pdf

The City Council of the City of Buckhannon-

The institutions of public primary and secondary learning serving the community of Buckhannon are operated by Upshur County Schools.

* Upshur County Board of Education, http://boe.wvlink.com/upshurschools/, news and events with current links to all public, county schools (K-12).

* West Virginia Wesleyan College, http://www.wvwc.edu/, is a private institution of higher education situated within the City of Buckhannon in a picturesque, sylvan setting.